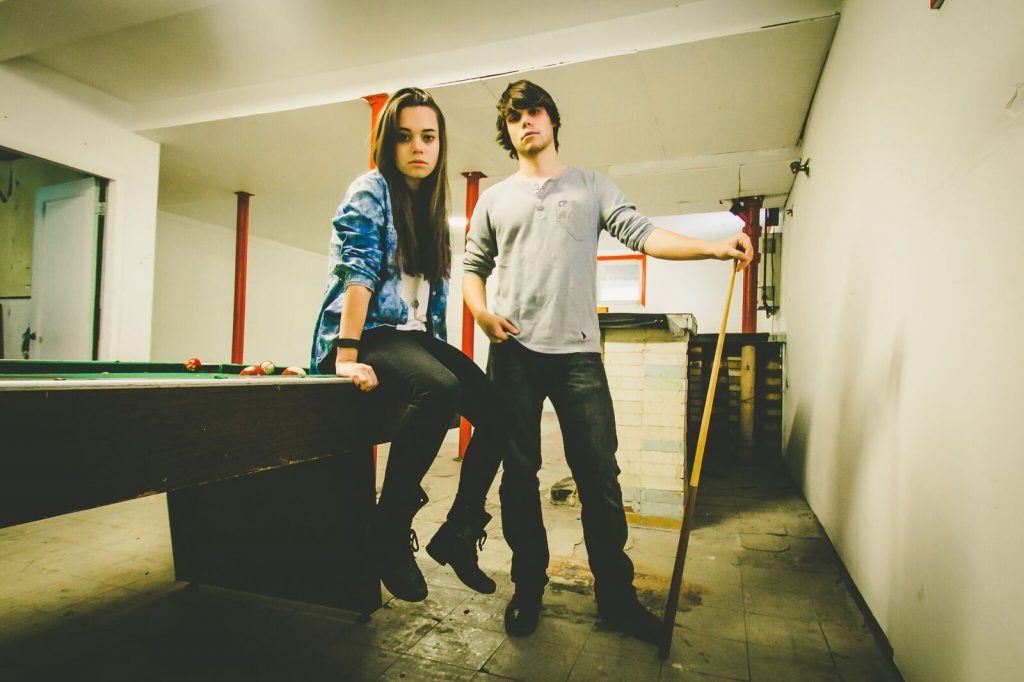 Singer/Songwriter Jocelyn Arndt proves you cannot always judge a book by its cover. To say her vocal prowess and aggressive stage presence do not reflect her tiny, girlish five foot frame is an understatement.  In fact, the 21 year old musician lives for the shock factor her dynamic performances bring to her audience each and every time, “I have an opportunity to walk out onto that stage and absolutely knock peoples’ socks off. Girl? I’ll show you ‘girl’.”

Her new album titled, Edges is soulful, gritty, and powerful enough to knock off socks, indeed. Released in March of this year, the full length LP includes tracks that feature artists like G. Love (“Hot”) and Danny Louis from Gov’t Mule (“Jagged”) and is currently at #14 on the Remix Jamband Top 30 Album chart.  Their single “Shame” has cracked the FMQB Top 200 for both singles and albums, playing on over 200 radio stations across the U.S. and Canada to date.

Joined by her brother, Chris, age 20, these siblings grew up in Fort Plains, NY and have been performing together since elementary school. Jocelyn started piano lessons in the 4th grade, with Chris taking up the guitar shortly afterwards.  By middle school, the duo formed their first band called, The Dependents playing several weekend parties, fundraisers, and school events over the next few years.  While they both loved performing, taking music seriously as a career didn’t enter their minds until her last year of high school when they were discovered by David Bourgeois while performing in at beer tent at a county fair. Since then, they have over 100 performances under their belt including at events like The Sundance Film Festival, Mountain Jam Music Festival, and SXSW 2016.  Jocelyn loves working with her brother and cannot imagine performing or touring with anyone else. They are a team who collaborate equally on every song; Jocelyn writes lyrics and melodies, while Chris writes chords and instrumentation. Jocelyn currently attends Harvard University but is quick to point out that music will always come first. Singing and performing are her true heart’s desire, “Music was a part of my life long before Harvard came along, and it’s going to remain a part of my life long after I graduate.” she says.

Their next performance will be at the legendary Rockwood Music Hall in New York City on November 26th, a great way to celebrate post Thanksgiving.

To learn more about Jocelyn and Chris Arndt, and listen to their music you can visit their website here.

Check out their video for their single, “Shame” below!