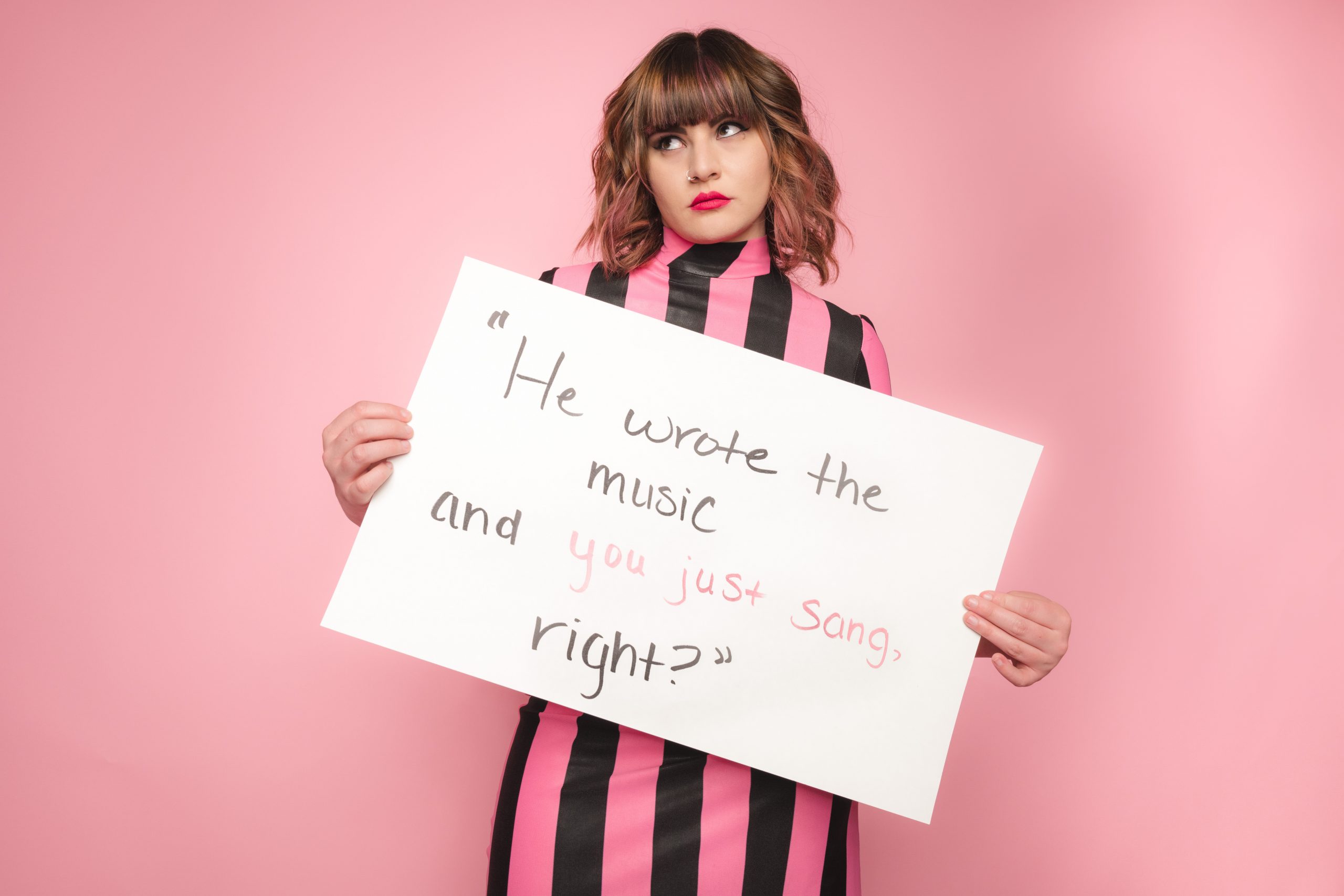 Singer-songwriter Jayelle premieres her new single, “Double Standard” on all streaming platforms. She has also partnered with Gritty in Pink creating a virtual campaign that encourages women to post photos on their social media pages. Just like the image above, the campaign will consist of women holding up signs with sexist phrases they have heard or personal experiences with sexism and using the hashtag #doublestandardchallenge.

Listen to “Double Standard” on all platforms here.

WiMN: What was the inspiration behind your new song, “Double Standard”?

Jayelle: Being a woman can sometimes feel like being trapped inside a pressure cooker. There’s this inescapable anxiety about all the ways in which you’re inevitably not meeting some aspect of this unattainable standard for womanhood that’s continually projected onto all of us. I often find myself reaching a breaking point, and this song seemed to spill out of me in one of those moments. This song was inspired by every assumption made about me or stipulation imposed on me as a woman. Essentially, this song is me filing a complaint against a patriarchal society.

WiMN: Would you like to share a personal story in regards to your experience with double standards as a woman in the music industry – even just as a woman in society in general?

Jayelle: I have a very close friend and co-writer that I work with a lot that happens to be a man, and there was one occasion where the two of us were pitching one of our songs to someone in the industry and, after hearing the song, they automatically attributed the majority of the work to my male co-writer, even though we’d presented it as something we’d worked on together. He basically implied that I had just sung on the track and that was my only contribution. I think that was the first time I actually realized how much harder it was going to be to make a name for myself in this industry, simply because I’m not a man.

WiMN: What type of outcome/change are you hoping will come out of your campaign?

Jayelle: In my experience, women are often told not to make a fuss, not to rock the boat. I want to spearhead a campaign to give women an opportunity to make noise and get angry about things that we often deal with silently. Moreover, I hope this challenge brings awareness to all the ways – large and small – that sexism continues to permeate our day to day lives as women. Change happens when injustice can no longer be ignored, so I’m interested to see what might happen if we make this issue more obvious than ever.

An alt-pop chanteuse, Jayelle channels an intense, inner darkness wrapped in a sheen of polished pop vocals. With an enchanting and illustrative honesty, she explores hauntingly personal and taboo subjects shamelessly. Currently an L.A.-based songwriter and artist, Jayelle is adding a fresh voice to alternative pop with captivating hooks and complex lyrical themes. A short-list of her influences include Anna Nalick, Halestorm, Maggie Rogers, Paramore, and Taylor Swift. She is currently working on writing and recording songs for her own projects as well as to pitch to other artists. Fierce and feminine, this siren is a force to be reckoned with. You can follow Jayelle on Instagram, Facebook, YouTube, and Spotify. 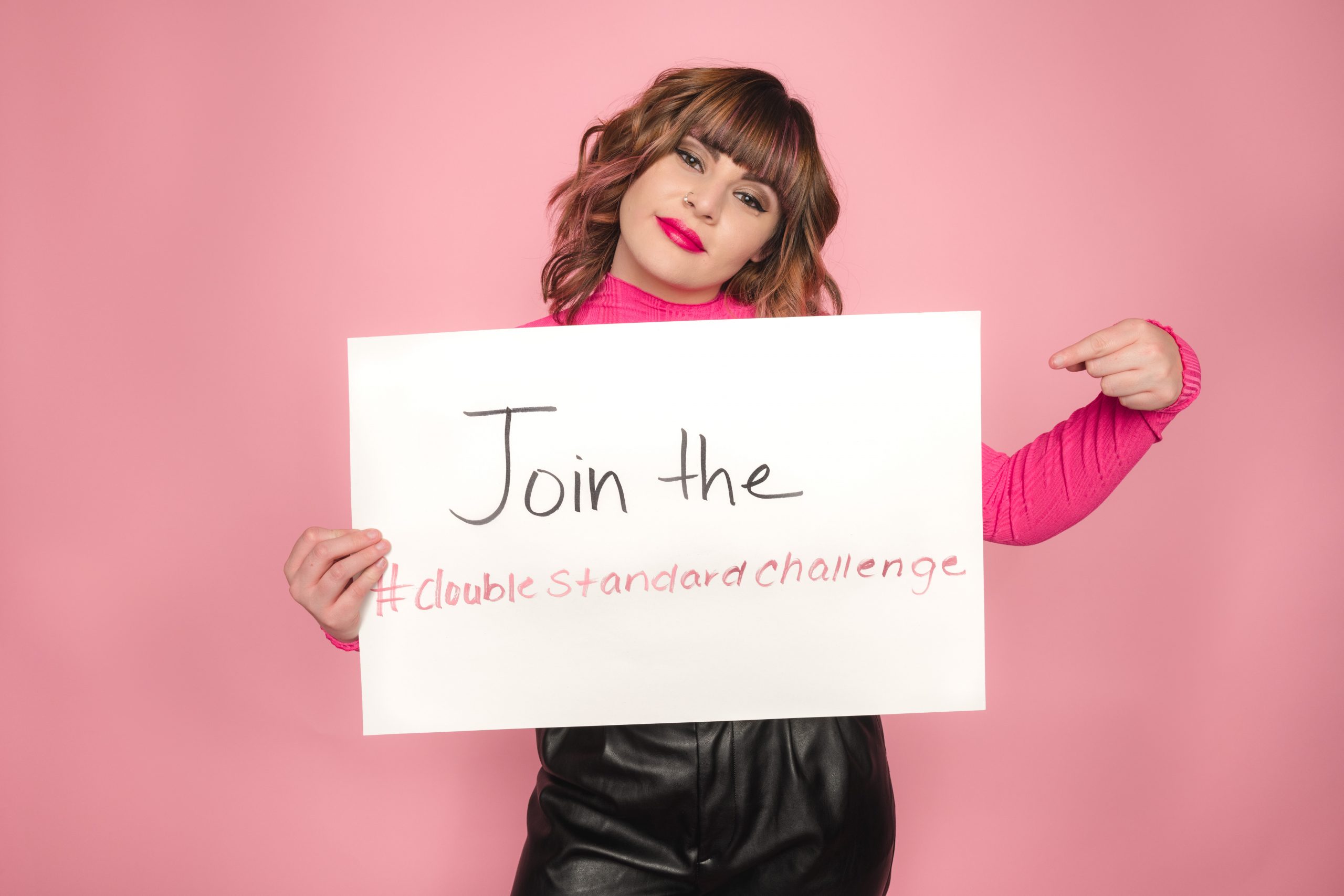