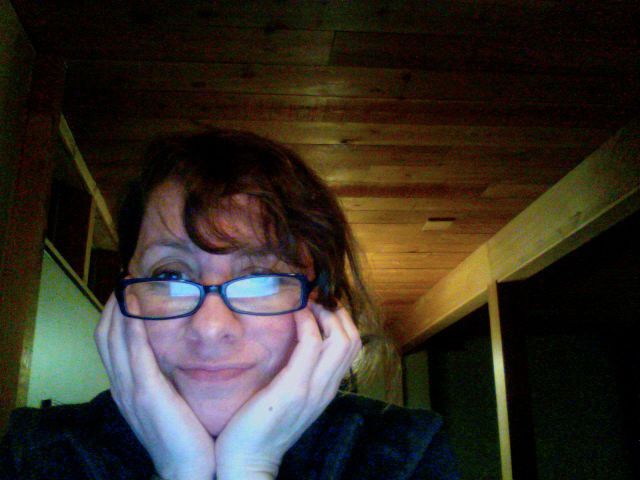 Jenn Ashton from Vancouver, Canada, is the true definition of renaissance woman.

A teen mom with only an 8th grade education, Ashton eventually made it to college and obtained a degree in biomedical physiology and kinesiology, as well as criminology, where she specialized in youth gangs. As if that weren’t impressive enough, Ashton’s curious nature for all things recording and programming drove her to study at a prestigious Ivy League school – Harvard University – where she is currently pursuing a degree in computer sciences.

A self-made accomplished woman, Ashton is a mover and a shaker transforming the music scene in Canada through her successful recording studio Rave On Studio,  a one-stop center for musicians seeking to produce the next biggest album or receive music marketing assessment. She is also a musician, writer, computer programmer and self-proclaimed DIY nerd.

Ashton gives back to the community by serving as the chair for Mobile Educational Multimedia (MEMa), a non-profit organization committed to exposing underserved youth to an arts education in a recording studio on wheels, housing state-of-the-art music and film technology.

It is a true honor to showcase a woman with an extraordinary success story – a woman who has a sincere disposition to help musicians succeed. Visit RaveOnStudio.com to learn more.

WiMN: What was your first introduction to music?

JA: I think like many people from my generation, I was formally introduced to music through piano; everyone seemed to have a piano in their home when I was a kid. Besides that, my earliest recollections of music were probably my dad’s harmonica and his love of waking us up to bagpipe music blasting out of the stereo early on weekend mornings. I was also fortunate to have younger aunts and uncles, so I was introduced very early to live concerts (Beach Boys) and punk (Sex Pistols). Plus my mom is a professional figure skater, so she was always listening to music at home for her skater’s routines.

WiMN: What instrument(s) do you play and how long have you been playing?

JA: Sadly my piano didn’t get far, as my lessons didn’t last long; I couldn’t tolerate the knuckle raps by Mrs. Cookson, but I did pick up my dad’s guitar when I was around 12 and had my first Strat by the time I was 13. I can noodle around on just about anything, but I only use guitar for songwriting.

WiMN: How did you get into recording technology?

JA: I think I had a love of the recording process back when I was a kid and my friends and I would spend hours taping ourselves singing, doing talk shows, comedy routines, anything we could think of. Insert a career outside of music that continued on for a few decades until I met guitarist Chris (Doskoch), and fell for him, his MAC and the Digi 001. That was back in ’03 and I have been basically self-taught until last year, when I actually completed a course in sound design to fill in the blanks.

WiMN: You have a degree in physiology and are studying computer sciences at Harvard University. Tell us about your journey of deciding to go back to school.

JA: My degrees are actually in Biomedical Physiology & Kinesiology and Criminology, where I specialized in youth gangs. I was a teen mom with only a grade 8 education, so going back to school for me was always a dream. I finally got back and completed all my university in the ’90s, but the most recent interest came when I wanted to learn more about computers, so I could make apps for my bands instead of outsourcing. (I’m a big DoItYourself nerd). Once I started I couldn’t stop, it was all so interesting, so now I am studying Computer Science (Artificial Intelligence) with a dash of Public Health. Although lots of my computer work is still music related, I’m also really interested in using technology in the global health field.

WiMN: When did you found Rave On Studio and how did the business come about?

JA: When Chris and I got together we started recording bits and pieces right away. Soon after that we had an idea to produce a christmas album to showcase all of our uber talented friends and raise money for charity. So the Very Vancouver Christmas album project was born. We along with eight or so friends all wrote and recorded original holiday music and baddabing! It was a real learning curve, not only producing an album but a compilation, it was a bit of a nightmare. I had no idea what I was doing, contracts, cover art it was a real sink or swim situation, but wow I learned so much – really quickly.

WiMN: Aside from being a recording studio, Rave On also offers artist management and film services. For musicians, it sounds like a very convenient one-stop center. Tell us more about what Rave On has to offer.

JA: We have always felt that there are ‘gaps’ in the music world. Where to us music means ‘family’, for loads of people it is just about a buck, and I can tell you for years we mostly worked for nothing (well, I use to ask for love and Irish Whisky, but most bands couldn’t even afford that).

I think of music as somebody’s art, and it use to really get up my nose that there were either so many barriers to getting music heard, or there was just no system in place to get an artist ‘out there’, so my main goal was to create situations, vehicles and venues where people could get out and play or have their music heard. I think in doing this we really learned to wear many hats just by connecting those dots, and we are now; writers, producers, engineers, graphic artists and even tax consultants! You name it, we do it.

But since the Garageband bubble burst a few years ago (when everybody thought they would be a rockstar), there are not too many new indie artists around town to work with, but we have always been fortunate enough to be able to get creative, provide music for film trailers, shorts and even a stage play, and for now this seems to be our main thing. This is great for our existing artists as well as we have such an amazing library of music available to us, and for them that translates into getting paid and being heard.

We have evolved too and we’re flexible enough to be able to do just about anything in the music world at this point, but we are always here for the artist, and if somebody needs a review, ref. letter, a quick mix, track, help with a program or gig, we’re here for them.

WiMN: When you should be sleeping (ha, ha), you write for SoulPancake.com. What topics do you write about?

JA: SoulPancake was a book published by Rainn Wilson, Devon Gundry, Golriz Lucina and Shabnam Mogharabi in 2010. It evolved into a website as well, and is now a full-on creative agency. I applied to be a writer nearly three years ago and have been providing original content for them ever since.

Soulpancake is about asking some of life’s big questions, and I ask some of those questions: Who is God? type stuff, come up with activity ideas, provide TV show pitches and whatever else I can get my fingers into. We have some cool new stuff coming up soon too. It’s a pretty exciting time over there!

JA: The music scene in Vancouver is probably like a lot of places. We have the usual mix of indie bands, cover bands and the big leagues, with the usual mix of venues: coffee shops, theatres, pubs, clubs and festivals, and we even have Make Music Vancouver, where the streets are flooded with artists on every corner annually, on June 21.

But for the emerging artist there is something different here too. There is a sort of monopoly on government spending in this area, which has turned into a lot of hoop jumping in the form of “contests.” This has drained the energy (and money) out of a lot of independent artists, who feel that this is the only way to get ahead in music.

WiMN: Have you run into any obstacles related to being a woman during your career? If so, what were they and how did you overcome them?

JA: When I first started out, yes, people were surprised at what I was doing. A female music producer? What? My first album was partly based on a lark (“They won’t believe I had my album produced by a woman!”). Even now I am not what some people expect, but those people are few and far between and professionalism on my end goes a long way. Plus, I think (hope) my work speaks for itself at this point.

Honestly the most difficult part of working in the world of music is the sexism that is still present in the form of female stereotypes. That has been a hard thing to see, and it will take ages to change it, but I call people on it when I see it; we all should. It has been extremely difficult for some of my younger female artists as well, when certain expectations were placed on them at shows and in the media. It is already difficult to put your art out in public, but to have to deal with an expectation of image is an unnecessary blow.

Oh ha! – I remember there was a certain guitar magazine, I used to love the articles, but there was always a full-page photo on the last page, of a woman writhing around naked with a guitar or straddling an amp or something like that, you know the ones. I wrote to them and after a lot of e-mails (some fairly nasty from them!), I told them that my artists and I would never buy their product and they should probably realize that those photos were offending an entire new potential client base. Happily they stopped posting those ads, and although I’ve seen ‘girl’ guitars that are sold in the shapes of pink hearts and flowers, at least marketers are beginning to realize that females can be rock stars too. I guess that’s some form of progress.

WiMN: What keeps you going?

JA: There is so much to do, if I stop now, who will do it? Plus, I just always want to see how stuff turns out. Also, caffeine.