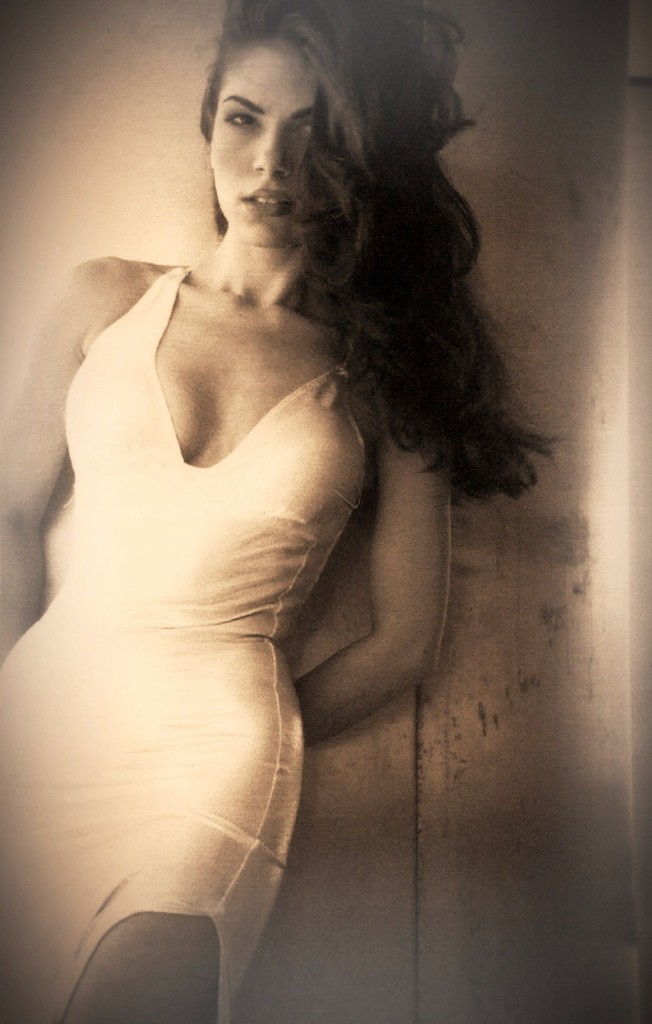 Malmsteen is also married to GRAMMY award nominee and prolific guitar virtuoso Yngwie Malmsteen. Together, they make an explosive duo running one of the most successful and powerful music conglomerates in the industry, with Yngwie front-and-center and April running the show behind the scenes like clockwork.

WiMN: What got you started in the music industry?

AM: I sort of fell into it. When I got together with Yngwie Malmsteen, I realized so many aspects of the so-called music industry were more in favor of everyone other than the artist himself. I started to question everything and everybody that was involved in the business side, and everything just felt wrong. I quickly realized that there was a rule all music industry people went by. I rebelled against those that said this is the way the industry had to run. So, I created a platform that fits the artist instead and it worked!

AM: I play a little bit of the piano and sing. I also co-produced the Angels of Love album, but I am not a professional musician.

WiMN: Aside from running a record label and a cosmetics company, you have the impressive task of running artist management. Other than Yngwie, which artists do you represent and what type of work do you do for them?

AM: I am exclusively managing Yngwie Malmsteen. Yes, he is a lucky man; he has my full attention.

WiMN: What does an artist have to have for them to be represented by you?

AM: That is a difficult one, because I am extremely hard to impress. I must believe in you and your talent one hundred percent; you must have that certain “it” factor, that star quality. You must be a composer, a showman, a hard worker, and serious about your art. You must have a very clear vision of what the music industry really means and how far you are willing to go. It is a very tough business; I must believe in you to such a degree that I can go and convince multi-million dollar companies to invest in your brand and start a partnership.

It is not an easy task because at the end of the day, it is a business. The companies, whether they are an instrument company making equipment, or a promoter putting together a tour, or a commercial company looking for the right brand to partner up with, they all want to know that their investment will be a good one and the return will profitable for them

WiMN: If you don’t mind sharing, how did you and Yngwie meet?

AM: Twenty-five years ago in a nightclub, in London, England. I had no idea who he was; all I knew was that he wouldn’t leave me alone, he insisted that we were meant to be. “You don’t understand, I want to marry you, this is love at first sight,” he kept saying. He took off his ring and presented it to me; I laughed and thought he was charming but still wouldn’t give him my phone number. Instead, I had him give me his.

I called him, and we went out on a very innocent dinner date. He was very polite and respectful, even though he still insisted that it was love at first sight and that I would even be his wife one day. I laughed once again, thinking to myself that it might just happen one day, but it certainly was not going to happen then. We eventually ended up going our separate ways.

Six years later, I was the owner of a modeling agency and was invited to an opening of an art gallery, which was located inside of a high-end hotel. He just happened to be staying there at that hotel for one night. We saw each other and our eyes met when I peeked out of the window of the hotel. He was coming into the hotel that very second and well…let’s just say the rest is history.

WiMN: Tell us about Medusa Cosmetics. How did that come about?

AM: I have a very hectic schedule. I travel around the world and deal with so much, at the end of each night I need to switch off, relax and meditate. To regenerate myself, I would create a spa atmosphere wherever I could; backstage rooms at concert halls, hotel rooms, in my home…it didn’t matter. I had to have a space where I could light candles, smell the fresh and relaxing scent of lavender, steam, scrub, and switch off to all the happenings of the world.

So many people ask me which products I would use for my skin, hair and makeup, so it made sense to me to create my own line. It is still in the works and not fully launched, but I already have a couple of offers to buy the company, so I guess it is a good start.

WiMN: Is there anything you wish you knew when you first started your career in the music industry?

AM: Wow, where can I start? There are so many things… I wish I knew how difficult it would be and how many problems could arise in such a short period of time. The dedication you have to give for so many challenges that arise is a serious commitment.

WiMN: Can you share a moment where you had to stand up for yourself as a woman in a competitive and male-dominate field?

AM: I have been very lucky in that I have not really felt that “male-domination” because I think the males in question quickly understand that I know exactly how things work, and that they are not going to be able to pull a fast one; it’s just not going to happen. I think they feel my energy of professionalism and no-nonsense very quickly.
Regardless, I am very feminine and refuse to be any other way; I guess it takes a lot of them by surprise. Some are quite shocked, but they know when someone is a professional and gets the job done. Your track record speaks for itself; they quickly forget that you are a woman.
Funniest story, I had a phone meeting with a high-ranking music industry person, we must have spoken maybe about half a dozen times over the phone but had never met, so I don’t think he knew what I looked like.
While I was in New York, we were going to have a meeting to sign the contract in question. I was sitting in the lobby of the hotel we agreed to meet at. I see him walk in, look straight at me, then look away and at his watch. This happened a couple of times, so I let it go on to see if he realized that it was me he had been speaking with and agreed to meet.
For the next half hour he was going up and down, wondering where I was and why I was so late. He would call me, and I would let the phone ring; he could see it ring I would look right at him and he still wouldn’t get it! Eventually my patience ran out and I said, “I’m sorry you didn’t realize it was me, but you are late for our meeting and I have to catch a flight.” He was absolutely bewildered! He kept apologizing to me, but I found it amusing.

WiMN: If you could give one piece of advice to a young woman entering this career, what would it be?

AM: Be yourself, be polite and professional. Be well educated; read as much as you can on the profession and realize that there are going to be many obstacles in your way. You have to be able to see through those obstacles, and never give up on the vision you had in the first place.

WiMN: Let’s wrap up with one of your favorite quotes.

AM: “Life is like riding a bicycle. To keep your balance, you must keep moving.” – Albert Einstein.