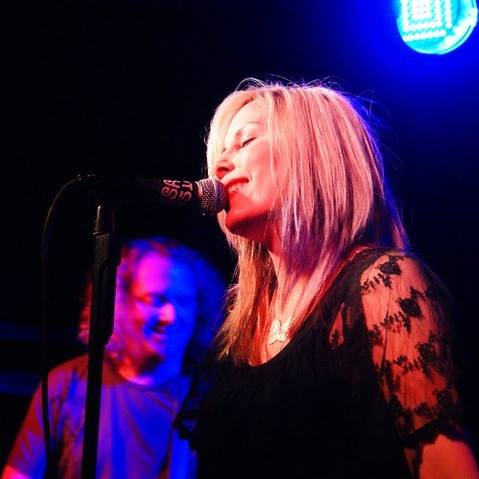 Larisa Bryski is a prime example of what having incredible talent, drive, and a hard work ethic can produce. She is a devoted wife and mother, accomplished musician, successful vocal instructor, Kaia fit coach, and co-founder of Sacramento’s first ever girls music movement, Girls Rock Sacramento. During her years fronting a band with her husband, guitarist/vocalist Willy Seltzer, she performed on bills with such renowned and diverse national artists as Bad Company, Journey, Oleander, Dishwalla, Berlin, Tommy Castro, John Waite, and Heart. In 2013, she had the honor of collaborating with good friend Terri Nunn of the band Berlin. Their album Animal features her song, “Stand Up,” written by Bryski and performed by Nunn.

Bryski’s work with youth in music includes ten years as the former Program Director for Stairway To Stardom; an 8 week Summer music program for young, non-professional musicians. Her recent accomplishment is a non-profit music program that gives young women, and those who identify as women empowerment and a voice in the Sacramento music community.

Girls Rock Sacramento, now in it’s second year, was founded by both Bryski and fellow female artist Emma Simpson. GRS has already completed two mini girl camps, and two Ladies Rock Camps with a faithful following of volunteers. In 2017, they plan to put on even more camps and will host their finale performances at their studio on June 24, and at the Ace of Spades venue in downtown Sacramento on August 5.

I’ve had the pleasure of working with Larisa Bryski over the past 5 years, from interviewing her students, bookings live performances with her students, and volunteering with GRS. I sat down with her recently to learn more on how this dynamic, diverse, and talented woman in music continues to inspire so many.

Listen to my podcast interview at the first ever Girls Rock Sacramento performance HERE.

WiMN: What was your first introduction to music?

LB: I was born in the ’70s. Rock and roll music, folk music, R&B…it was all around me for as long as I can remember. The record player was the center of our universe. I can still see my mom’s brown speakers with the gold mesh on the front.

WiMN: What instrument(s) do you play and how long have you been playing?

LB: I sing and play piano. I also play a little harmonica, drums, and guitar. I started piano lessons at age eight. I began singing actively and with some pretty serious motivation at age five, and studying voice at age 11.

WiMN: Your husband is a singer and musician as well, and your daughter is currently taking lessons. What does having music in your family mean to you?

LB: It means we aren’t millionaires, but life is always fun and busy and ultra interesting. Our daughter isn’t yet a performer as she is only seven. She loves music though, and is taking drum and voice lessons. We’ll see where it goes. My husband Willy and I worked hard to get to be performers on stage. She knows she has to earn that too.

WiMN: When and why did you found Girls Rock Sacramento? How did this movement come about? Feel free to share your experience with GRS so far.

LB: It’s part of an alliance of other Girls Rock camps from all over the world. Girls Rock Sacramento is something that Emma Simpson and I founded together because Sacramento needed a safe place for girls and all youth who identify as girls to express their creativity through music without feeling judged or stifled or oppressed. We seek to bridge the gender gap and show that ANYONE can pick up a guitar and rock. The fact that the music industry is male-dominated (for the moment) should never deter a girl from feeling like plugging into an amp, grab a mic, or smack a snare drum. Playing in a band is empowering, collaborative, and FUN. Anyone, male/female/whatever, who wants to should have the chance to know what that feels like, whether they’ve played an instrument before or not.

GRS so far has been a gift in my life. I wake up every morning with a new purpose, and that’s saying a lot, because I’ve always felt like I’ve done purposeful work. And to be clear, I’m just a glorified volunteer with the glorified title of Executive Director. Girls Rock Sacramento belongs to the youth of Sacramento, not to me, or Emma, or any one person.

WiMN: How long have you been a vocal instructor? Has being an instructor changed the way you see the music industry? How did it impact your career as a singer/musician?

LB: I’ve been teaching voice for 20 years overall, but as my main occupation for the last 12. My work as a vocal coach hasn’t really impacted my view of the music industry as much as it has impacted the way I treat every singer I meet. Singing is a very personal, physical thing. Every singer is different. I work with people from all walks of life—from small children to retired adults, from touring rock singers to theatre performers, from lawyers to chefs—I meet interesting people who all share this love of singing, and it’s my job to help them bring out their best voice. People who learn to control their voices build confidence in the process. This confidence carries over to other parts of their lives. It’s very good stuff.

WiMN: Have you run into any obstacles related to being a woman during your career? If so, what were they and how did you overcome them?

LB: All the time. Do you know how many “chick band” shows I’ve played in my career? There were periods of time when I’d only get booked on shows with other female-fronted bands, even if those bands were of a completely different genre. Or I’d get people telling me how to dress (“sexy it up”) or other tired, sexist bullshit. Having a chip on my shoulder was how I handled it for a long time before I realized that killing them with kindness and being ultra-professional was a better way to go.

Now I pride myself on being a good communicator, very organized (most of the time), and even-keeled. Nobody wants to work with you when you’re an asshole, no matter how talented you are. I try not to be an asshole, and I like to think that I have at least a little bit of talent. Because of that, over the years, I’ve made some wonderful and influential friends in the Sacramento scene who I trust and respect, and they return that trust and respect in kind. Every day, I work very hard to nurture and maintain those relationships.

WiMN: What have been some of the major highlights in your music career?

LB: Opening for Bad Company, opening for Heart, writing a song for the 2013 Berlin album and singing it with Terri Nunn (one of my idols who is now a dear friend) at a few of their shows, meeting Howard Jones (shut up, he’s amazing), opening for the Motels, Kings X, John Waite, Journey, Peter Frampton, Montrose… And sitting next to Ronnie Montrose on a plane to SXSW from Sacramento to Austin. He was an amazing man. I’ll never ever forget him and his impact on rock music.

WiMN: Do you have any advice to women who are just getting started in the music industry?

LB: My very wise and wonderful friend Jenn makes amazing shirts that say, “BRAVE, not fearless,” which perfectly describes my best advice. Everyone has fears about stepping into the music industry. Those fears are totally normal and what make us human. But being a woman is harder. It just is, dammit. So be a BRAVE woman with that first step. Inhale deeply and then just fu**ing go for it. Be brave. Set your intention. Go.

Below is a video I created from the very first Girls Rock Sacramento Mini Camp in July 2016, with performances by Heart of The Storm (7-11 yrs old), Middle-Aged Xnchilla Farmerx (12-15 yrs old), and the GRS instructors! 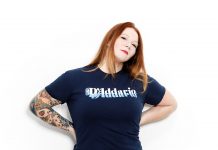