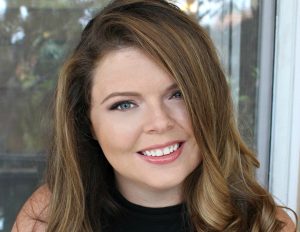 Take a quick trip in your mind back to your youth, when you spent countless hours listening to your favorite bands, talking about your favorite bands, looking at photos and videos of your favorite bands, and fully immersing yourself in anything you could having to do with them. Most of us would have jumped at any opportunity to put ourselves near them, and we were all too happy to help spread the word about them (and today, in the age of social media, that’s exactly what fans are doing online).

Now fast forward to your adulthood and imagine not only having met your favorite bands, but now being a part of their promotional strategy and helping their fans connect with them. Most would say that sounds like a dream, yet for Cassie Petrey and Jade Driver, that dream is now a thriving career.

Petrey and Driver are the co-founders and co-owners of Crowd Surf, an out-of-the-box agency that extends beyond digital and social media campaigns. Their services also include interactive, experiential campaigns that connect artists with their fans in a number of ways; creating new ways of doing business in the ever-changing landscape of the music industry; and good, solid, personalized service for their clients backstage, on the road, or out meeting their fans.

Since founding Crowd Surf, their clientele has grown to include the likes of Andy Grammer, Noah Cyrus, Backstreet boys, Britney Spears and more. In 2018, Billboard named them as Digital Power Players.

We recently caught up with Cassie Petrey to learn more about what led her to where she is now, to hear some of her insights about being a female in the music industry, and what it takes to grow and achieve your goals.

WiMN: Let’s start by talking about what role music had for you while you were growing up?

CP: I was a late bloomer when it came to loving music…probably because my family wasn’t very musical. My first concert was the Backstreet Boys, and the only reason I went was because it was a part of my softball team’s social outing for winning our league championship. Little did I know that experience would be life-altering. I was going through a lot in my life at that time (and would be throughout my teen years), so having that experience and outlet was incredible. It made me dedicate my life to bringing that experience to as many people as possible.

WiMN: What are some previous jobs and skills that helped you prepare to launch your own company?

CP: What got me through co-founding the company was not the jobs I had before, but the passion I had for a job well-done. I had a variety of high school jobs from working at a nursing home to refereeing basketball. I loved all those jobs because I loved solving problems and providing value in other people’s lives via work.

WiMN: Crowd Surf seems to be a hybrid agency that offers several types of artist support services. What would you say makes your agency stand out from others?

CP: Our willingness to get a job done. A lot of companies, rightfully so, will turn down a gig because the risk of failing seems too great. Sometimes we bite off more than we can chew, but we always figure out how to solve the problem and in doing so, evolve our service offerings.

WiMN: Can you give us a few examples of some types of campaigns you might run for a client?

CP: In terms of campaigns we run, most of the time it’s about making the artist’s vision come to life. That can be anything from creating an incredible VIP experience that goes on the road to some really awesome merchandise designs, to blowing up a YouTube video premiere and making it trend.

WiMN: How has the “digital technology toolbox” your company uses to promote clients changed over the years? How have you been able to successfully adapt as new digital technologies and strategies evolve?

CP: The digital tool box changes every 3 months – and the hardest part about the job is truly being okay with knowing that the tools you’re mastering could be obsolete tomorrow. We personally find the change exciting, which is why I believe this company has existed for as long as it has.

WiMN: Many aspects of the music business have traditionally been male-dominated. Have you ever felt discrimination as female in the business? If so, how did you handle it?

CP: The music industry is still very male-dominated. I’m honestly not seeing a ton of change happening there unfortunately. I constantly face discrimination as a female – and it comes from both women and men. It’s not just a men-discriminating-against-women problem. Women discriminate against other women just as much. In the beginning of my career, the “being a woman” aspect wasn’t as difficult. However, as you get farther along, and the bigger deals are getting done at dinners with a bunch of adult men, it becomes a lot more difficult to stay ahead. In terms of how I’ve been personally handling it, I’m constantly training myself to not take it personally and to not handle how I feel about it in an emotional way. I just have to continue what I’ve always done – to do strong and impactful work. Sometimes it takes a little bit longer for people to notice you that way, but they eventually do, and the best part about it is that it’s real.

WiMN: Since you began your career, have you seen more opportunities arise for women (or more women involved) in careers such as artist or label management, artist agencies, and such? Are there any areas you’ve seen growth?

CP: No, I honestly have not seen this happen, unfortunately. I want to be optimistic and say that the problem everyone is talking about is getting fixed, but it’s not. When I was on the Forbes “30 Under 30” list in the music category, I was the only female business woman on there. In this year’s list, my friend Adriana took that spot as the only woman. So it’s still very often a 1 in 10 world when it’s comes to the powerful positions in the music industry. When Billboard mentions the up-and-coming powerful managers in the music business, it’s all guys that are usually being referenced; even those these are all people in their late 20s/early 30s. The problems are still the same in the younger generation.

WiMN: What is something you’d say to other women looking to break into, or advance their careers in some aspect of the music business?

CP: In the first five years of your career, you often feel the most excitement when it comes to growth. Victories come more frequently. However, it’s important for women to stick it out and keep going after the victories after those first years even if they’re fewer and farther in between. That’s the hard work that’s going to get more women in positions of power in this business, and change the way things operate now.