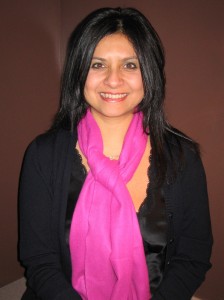 Having worked as an attorney and music business professional for over twenty years, Neeta Ragoowansi has had her hand in many facets of the music industry.

She has worked with companies such as TuneSat, SoundExchange, and The John F. Kennedy Center for the Performing Arts, in addition to serving on boards for organizations like the Songwriters Association of Washington, Recording Academy/NARAS and the American Bar Associations’s Forum on Entertainment and Sports Law. She even co-founded a non-profit organization called Ecomedia which promotes environmental awareness through the arts. An accomplished musician, Ragoowansi manages to find time to perform music as well.

On top of all this, Ragoowansi is president of Women In Music; a non profit organization created to bring awareness and equality for women in the musical arts and industry. Among its many ambitions, Women In Music provides seminars, networking events and more, and is committed to the mission of supporting its members while uniting women in the industry.

We are very pleased to spotlight Neeta Ragoowansi and have the opportunity to connect with Women In Music. You can learn more about this fabulous organization at http://womeninmusic.org.

NR: Women in Music was established as a not for profit organization in 1985. Women In Music is an organization with a mission to advance the awareness, equality, diversity, heritage, opportunities, and cultural aspects of women in the musical arts and industry through education, support, empowerment, and recognition. Our seminars, panels, showcases, achievement awards, and youth initiatives celebrate the female contribution to the music world and strengthen community ties.

WiMN: What kind of events and services do you provide?

NR: We do events every month, sometimes two or three times a month. Most of these events are educational panels on topics that are the most useful or requested by our membership, with an effort towards inspiring leadership, and providing our members with the tools and education they need to be empowered in all they do. Some of our recent panel topics addressed maximizing revenue in today’s music market, enhancing social media skills to better promote music, tips and latest trends in touring, hot legal issues in today’s industry, the challenges of being a Women in Music, Mother’s in Music: Having It All!, etc.

In addition to our panels, we regularly put on member brunches, artist showcases, networking events, and skill-building workshops. Services-wise, our members find our “google group” an invaluable aspect of WIM. Our members post job and housing opportunities, promote their shows and services, seek out new companies to partner with and collaborators, and through the email group, have access to our entire membership base’s connections and knowledge.

WiMN: You’re also a music attorney. What led to your interest in entertainment law?

NR: I was a musician and songwriter before I was a lawyer. I still continue to play and write music today, and love it. But I have had an even greater love and passion for the business side of the industry and the law. I became especially interested in how the deals are done in the entertainment industry, how to find creative solutions to get closer to the right deal for the parties, the importance of copyright law and the principles and policy behind it, etc., and so it seemed a natural fit to combine my interests and pursue a career as an attorney with a focus on the entertainment industry, and as a music business professional.

WiMN: If you could make musicians aware of one piece of legal advice in regard to the music industry, what would it be?

NR: Put as much as you can in writing. If you co-write a song with someone, for example, make sure you have a split sheet (preferably drafted for you by an attorney) laying out who owns what percentage of the song. It’s much worse to go back to the subject and try to spell it out later, and much better to just spell it out at the end of a songwriting session when you’re there and it’s all fresh in your mind as to who wrote the bridge, who came up with the hook or chorus, etc.

WiMN: You also worked with SoundExchange. What was your role there and can you explain what SoundExchange provides for musicians?

NR: I was the Director of Artist-Label Relations for SoundExchange since its early years (back in the early 2000’s). SoundExchange is the non profit performance rights organization designated by the U.S. Copyright Office to collect digital performance royalties from webcasters (internet radio), satellite radio, digital cable TV streaming music services and similar platforms for streaming sound recordings, and pay it out to recording artists and record labels, including independent artists who own and record their own masters.

I was part of the team who helped grow the organization from its early stages to being an organization that has collected and distributed over $1 billion to recording artists and record labels and helped as part of the team to grow its membership to the now current level of over 70,000 artists and 20,000 master rights owners. In my capacity, among other things, I spoke on hundreds of conference panels around the country educating creators/musicians/recording artists and copyright owners (and their representatives) about SoundExchange, how to collect their monies, and the rights behind this important stream of revenue in the digital environment.

WiMN: Tell us about your band. How often do you gig? What’s your role in the band?

NR: I’ve been in a few different bands throughout my career, but the one I’m currently in and have been in for years is the Oxymorons. Oxymorons is an 8 piece rock and roll band that play a blend of blues/funk/classic rock sounding music, and a do both originals and covers. I am one of the two lead singers (there is an amazing guy lead singer as well) and we gig about once a month or so. We all have major day jobs now, so we don’t find as much time to gig as we’d like to unfortunately.

WiMN: Who are some of your female role models in terms of the music and the music industry?

NR: I’m still searching for my female role models. Not that they don’t exist, but they haven’t been put in the limelight enough for me to find them. There are women who are my peers who have definitely had a very strong influence on me, but role model is a stronger term – and I just haven’t found mine out there yet. It’s a shame there are so few female leaders in the music industry. Women in Music is the organization that is trying to change that. It is so important to inspire leadership in women in all industries, but I see my personal passion being to find and inspire those women who have leadership capabilities and to help them grow.

WiMN: You’ve worked with many women through the roles you’ve held in the music business. Have any of them faced any challenges based on their sex? How did they deal with these issues?

NR: Astoundingly, almost all women I know in the music business have faced challenges or downright discrimination due to their gender. They have been on varying levels/varying degrees of significance, but certainly have all had legitimate challenges. Many female artists I know have often been subject to situations as severe as outright sexual harassment by club owners and recording studio personnel, to low levels of underlying, but consistent, mistreatment due to their gender. Female music business professionals in all different roles have seen situations where they are not being listened to or respected by male superiors, and have been subject to clear signs of unequal treatment.

Gender inequality can be complicated to identify and many females do not have the skill set, confidence, or support to overcome these challenges. Others do not want to appear negative in the workplace or don’t want to “burn any bridges” so choose to remain quiet. Those that have actually confronted the issues have often been subject to some form of retribution/alienation by their employers and co-workers. There have been numerous books and reports on the subject, and I myself have first handedly known too many women who have been textbook examples.

I’ve been told by many women that the most effective ways they’ve found to deal with the gender inequality issues they face are to be the best at their job, keep up their sense of humor, clearly communicate their intent, be direct, and not allow themselves to be taken advantage of. It is such a shame, however, when I witness firsthand, women in the workplace whose opinion is not given weight due to preconceived notions that the feminine spirit is somehow weaker or not as well informed. Women’s voices are not often as “powerful” sounding to the traditional male ear, and that alone has cheated those women out of their rightful place in a conversation. It is so important for professionals to listen to all forms of voices in a room, and pay them all respect, without jumping quickly to their conditioned states of judgment.

WiMN: Do you have any advice for other women in the industry or students considering entering the music industry?

NR: It is important for women in find each other and be each other’s support group. Women need it, especially in male dominated industries. I would advise all of them to join organizations such as Women in Music and be active participants. If one is a well seasoned professional, I would encourage them to “give back” by mentoring younger female professionals and students as of often as they can, and inspiring and supporting females as they work to find their positions, promotions and business opportunities. If one is new to the industry, I would urge them to find a mentor, find their role models, build a peer support group, and keep their confidence levels high.

NR: Myself and the rest of the Women in Music board are in the midst of working towards growing the organization to be a solid, well funded, national organization, similar to how the TV and film industry have Women in Film and their network of chapters around the country. There are smaller separate groups and chapters (some formal as well as informal groups) of women that have gathered from various parts of the music industry, but no cohesiveness, sharing of resources and exchange of communications between them for the most part. I would love to get them all working within one network as part of Women in Music — to really empower the mission. As we grow, our first steps this year are to raise awareness, improve our educational and event programming, improve our core functions so we are prepared for the growth ahead, and work on the much needed fundraising to help us grow.

With a well funded, national organization, we will hopefully be able to pursue our mission on a much larger scale than ever before and with robust educational programming, mentorship programs, support groups, advocacy and awareness campaigns, we hope to have a significant impact and make major strides towards seeing more female leaders in the industry, reducing gender inequality and related challenges and issues, and leveling out the male dominated music industry.