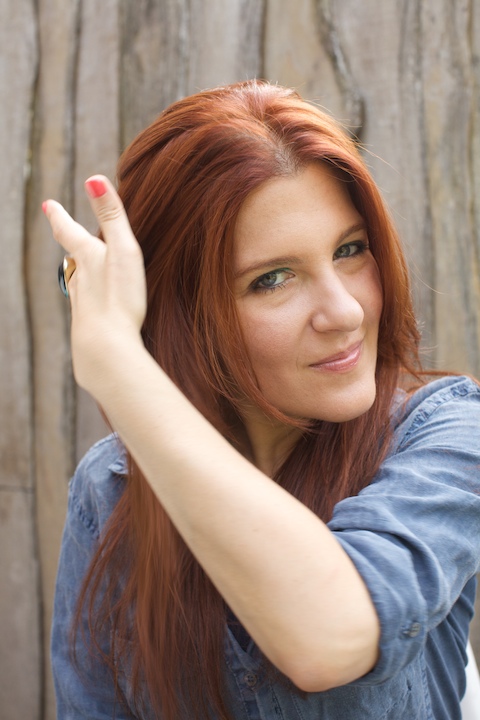 Ariel Hyatt is a recognized thought leader in the digital PR world and the ultimate cheerleader for musicians. She’s the founder of successful New York-based PR firm Cyber PR®, an international speaker, educator, savvy world-traveler, and author of three books on social media and marketing for artists.

Her message is so compelling she has been invited to speak at festivals and conferences in twelve countries, including SXSW, CMJ, ASCAP’s I Create Music, The Future of Music, Grammy Camp, The Taxi Road Rally, The New Music Seminar, The 140 Conference, Canadian Music Week, APRA’s Song Summit (Sydney), You Are In Control (Reykjavik), and The ECMAs (Canada).

In 2011, Middle Tennessee State University (MTSU) recognized by the Rolling Stone College Guide as having “one of the preeminent music business programs in the country,” began offering an official Cyber PR® Class based on principals used in Ariel’s day-to-day business.

Hyatt is a formidable businesswoman and an answered prayer for musicians seeking to make a name for themselves in the convoluted World Wide Web. She is Cyber PR, and we had the privilege of chatting with her about her business, her interests, and her future projects.

WiMN: What did you want to be when you grew up? Did you know you wanted to be in the music industry?

AH: When I was in high school I thought I wanted to be in the fashion industry, but after four years of intensive internships at some of the top fashion firms in both London (Lynne Franks Limited) and New York City (KCD), I realized the fashion industry (much like the music industry) is very competitive and you have to really work hard if you want to succeed in it.

I dated a bass player in college, and that began to give me a peep behind the scenes. When senior year of college rolled around I pretty much knew that the music business was what I wanted.  What followed was a gruesome six-month job search to finally find an internship that didn’t pay me.  It wasn’t until a full year after I graduated from college that I got my first real paying gig in the music business for $12,000 a year – even in 1994 that was a miserable salary.

WiMN: You are one indomitable PR powerhouse, and so much more. What keeps you going?

AH: I am an incredibly driven person; I can’t help it, it’s somehow in my blood. I love challenging myself and then rising to the occasion. I love being a creative entrepreneur mostly because my time is my own and I get to create my career life instead of laying victim to it. That is mostly what keeps me going.

WiMN: You’ve had nearly 2,000 clients over 17 years. Major congrats! Who was your first client and how did you get started?

AH: I got fired from a job working at a concert promotions company. I was too ambitious for my own good and started taking on tasks that were outside of my job description, and my boss did not take kindly to it so he fired me.

At the time I was living in Boulder, Colo., and there weren’t many music industry jobs available.  In a small town like Boulder word travels fast, and within a week of getting fired Cheryl Liguori, the GM for the Fox Theatre, called me and asked me to be the theatre’s publicity director. This was a total dream come true, as the Fox was one of the primary reasons I had moved to Boulder in the first place. I stayed on as the director of publicity at the Fox Theatre for five-and-a-half years. To this day it’s still the best job I’ve ever had.

WiMN: Tell us some of your biggest client success stories. If you can share, can you tell us who some of your mainstream artists are?

AH: My success stories probably won’t sound like much in print as many of them are personal success stories that occurred internally for me, but some of the largest artists I have worked with include Duran Duran; Lee “Scratch” Perry; George Clinton and Parliament Funkadelic; Wendy and Lisa; Sally Taylor; and Crystal Waters. My specialty is not really in the mainstream, it’s working with emerging and developing artists or artists who are already established and need some help, love, and support bringing their brands online.

WiMN: Have you always done PR for musicians? If not, what were you doing before?

AH: Pretty much my entire adult life has been dedicated to doing PR for musicians.  My first job that ever paid me money out of college was working as a clerk in a record store, my second job was at an indie record label, and my third was working for a concert promoter.  I’ve been working for myself since I was 23 years old.  About 18 months ago I  started working for clients that are not musicians – authors, apps, and even a few incredible thought leaders are now on our roster.

AH: Nope!  I always joke that I’m one of the few people in the music industry who is not actually a musician.  I did sing throughout college in a cappella groups but it’s been a long time since I’ve opened up my mouth to sing.

WiMN: What can we find on your playlist?

I listen to an incredibly wide array of music but I guess if I was stranded on a desert island you’d find the following: I’ve been a huge reggae fan so you’ll find a lot of classic reggae on my playlist mix with the classics like The Clash; Bowie; Iggy Pop; The Police; The Pretenders; any old soul (Aretha, Al, Ray, Marvin, etc.); Bonnie Raitt; Lyle Lovett; Bob Schneider; INXS; Soulhat; and Dave Matthews.

WiMN: Tell us about your partner in crime Hunter C. Thompson.

AH: Hunter is my 10-pound gray tabby cat that I adopted from the ASPCA five years ago.  I absolutely love animals and cannot imagine a life without a cat by my side.  I do some charity work to raise money for the ASPCA and have created a Twitter account for Hunter to help spread animal awareness and entertain pet lovers everywhere.  You can follow her at @TheHunterCat.

WiMN: You’re a fabulous globetrotter. How do music scenes compare in other countries vs. the U.S.?

AH: The thing that always humbles me is the fact that in other countries artists have access to government export offices and funding that help support them financially and mentally. I wish we had more opportunities like these in our country. The NEA is a joke as far as the amount of money that they have to give to creatives. Of course we do have great festivals here in the United States like SXSW, but make no mistake – even SXSW has a lot of politics you must navigate to get the good showcases and the proper exposure.

WiMN: You run a PR firm, write books, travel the world, speak on panels, develop software (!!!). How on earth do you do it and can you offer tips on how to get things done?

AH: Do what you love, figure out how you want to make changes to the world and implement them one step at a time. That’s what I did and that’s how I manage to get everything done. I’m somewhat disciplined but not crazy. I work a lot and probably work more than most people you know, but my work feels fabulous to me and personally extremely fulfilling. My tip is, if you don’t love it, don’t do it.

WiMN: Tell us about any challenges you’ve faced being a woman in the music industry. How did you overcome them?

AH: I haven’t really thought much about this until I read Sheryl Sandberg’s Lean In this past March, then I went back and I read my mother Carole Hyatt’s book The Woman’s Selling Game, which was published in 1980. The saddest part of this is that women are still getting paid almost exactly what they got paid in 1980. My mother basically wrote a lot of what Sheryl Sandberg continues to talk about 30 years later. This conversation of equality for women has been part of the conversation in my family for years.

I think in my lifetime we will see a tipping point and come out truly equal to men of my generation. I think men, with like gay rights, will not stand for inequality anymore.

AH: It’s not easy to make it in the business, I know some of you reading this might have a dream to create your own business. I highly recommend personal development work, self-help books, seminars, retreats, workshops, mastermind groups, and anything you can do to get support it takes support from your personal board of directors that you appoint to get there. I don’t know where I would be without my family, my friends and an amazing staff that helps to lift my vision and support me every day.

If you’re just starting out, write a plan, set goals and do something every day that moves you towards those goals and don’t give up.  My book Cyber PR for Musicians made it to number one on Amazon this week.  I wrote my first book in 2008.  That means it took me five yearsthree editions of one book, two books that I co-authored, and two editions of my fourth book (which is equivalent to 7 books) to become a bestseller this is the type of “stick to it ness” that it will take.  So please stick to it!