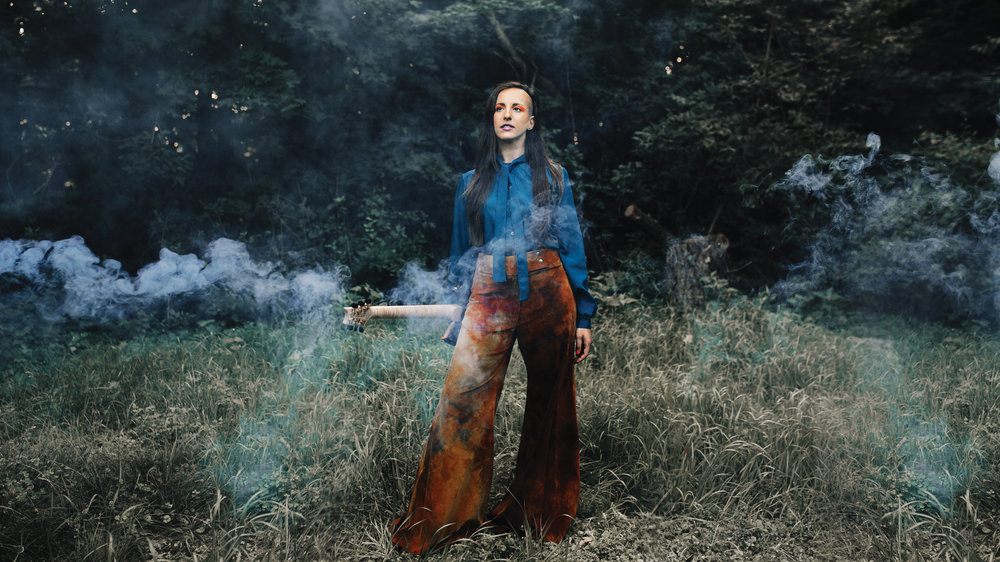 Canadian artist Donna Grantis is best known as the co-lead guitarist in Prince’s backing band 3RDEYEGIRL as well as his supergroup New Power Generation. Today, however, Grantis makes her debut as a solo artist with her album, Diamonds & Dynamite. This album is the first music Grantis has released since she collaborated with Prince from 2012 to 2016. During this time Grantis composed 3RDEYEGIRL’s title track, “PLECTRUMELECTRUM” which peaked at #1 on Billboard’s Rock Chart.

Donna can whup every man on guitar, bar none” — Prince

Diamonds & Dynamite has already caught the attention of many media outlets, including Associated Press who states that, “Recorded live-to-tape in just two days, a pace similar to that of many great jazz albums, ‘DIAMONDS & DYNAMITE’ is an experimentally adventurous set, which contains ample evidence why Prince held Grantis in such high regard.” Vintage Guitar Magazine describes the record as “Razor sharp guitars and lively percussion make this an intense treat.”

To celebrate DIAMONDS & DYNAMITE Grantis will be playing an album release show in Minneapolis’ Dakota Jazz Club on March 28. For more information and tickets, check out her official website.