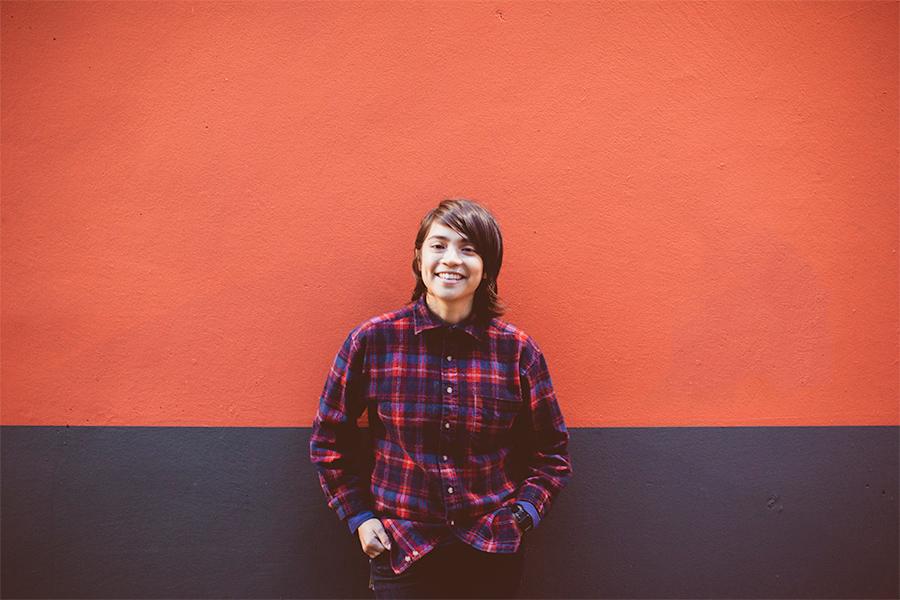 At only 22 years old, Fabi Reyna is already making big waves in the music industry. While she’s been a guitarist since age nine, Reyna is much more than a musician; she’s a deeply involved member of the musical community, and an encourager of female musicians everywhere.

It’s for these reasons that Reyna founded She Shreds Magazine. Dedicated to educating and inspiring future and current musicians, the magazine highlights female guitarists and bassists from all over the world, while raising awareness for under represented female guitarists and cultivating the presence of women in the music industry.

Learn more at sheshredsmag.com, and if you’re traveling down to Austin, TX for SXSW this week, be sure to check out the the She Shreds/White Mystery SXSW showcase on Wednesday, March 12th.

WiMN: What was your introduction to music, and what influenced you to pick up the guitar?

FR: My introduction to music… well, I didn’t grow up with a family of musicians or listening to a lot of music, so I can’t say that I grew up with it in my life or that there’s any one guitarist that I looked up to, as far as I remember.

Since I could walk my mom enrolled me in just about any activity you could think of; soccer, basketball, arts and crafts, tennis, and eventually at the age of 9 (I’m 22 now), music camp. Well actually, before that, I had a toy drum set and guitar but it wasn’t until I got to plug in that I knew this was my thing. I went to this camp in Austin, TX for a few years where we learned the typical classic rock covers in which I played rhythm guitar for and then when I was 13 my mom took me to the Rock ‘n’ Roll Camp For Girls which changed everything for me.

WiMN: Tell us about She Shreds Magazine. How did it come about and is the mission of the magazine?

FR: She Shreds Magazine is the world’s only print magazine dedicated to women who play guitar and bass. Like I was saying, the Rock ‘n’ Roll Camp for girls changed me because of the opportunity it gave me to not only play with other women, but also be a part of and learn about what seems like a secret world within the music industry. Being a part of a community of badass women role models and having the chance to physically see and feel the impact it had on me as well as hundreds of other young women, made me come out of that experience more sensitive to the lack of women representation in the mainstream guitar culture.

Sure there’s 5 women (if even that) circulating throughout the big guitar mags and two of those women are fully clothed. I mean, Guitar World still puts half naked women holding guitars in between their breasts on their covers. People still ask “Why don’t women play guitar” and a girl who’s on stage shredding is still told that they play just like one of the guys.

I knew I wanted to be a part in changing that but it wasn’t until I heard about Tom Tom Magazine (the magazine about women drummers) that I felt like it was possible. Making sure that people know about these women existing within the male dominated music industry and cultivating their presence into that industry is what we’re all about. You think women don’t play guitar? Well here’s proof that they do.

WiMN: Can you explain the idea behind Shred Fest?

FR: The very first Shred Fest was put together in October of 2011 to raise money for the first issue of She Shreds. We organized an all day event in our home base of Portland, OR featuring 12 bands and other like minded local businesses tabling at the event.

In 2012 it was held in Austin, TX, 2013 in Washington, DC and this year we’re holding it in Chicago. Now, it’s a chance for us to go to different cities, get to know the community of women playing music there and bring like minded people together. More than anything it’s a festival that highlights women guitarists for being musicians and expands that community within that city. A lot of bands meet at Shred Fest and continue to play together or form other bands. It’s one of the most amazing things to watch these relationships form right in front of you.

WiMN: Tell us about some of the musical projects you’re currently working on.

FR: I’m currently playing bass in a couple bands here in Portland – The Ghost Ease and The Newman, Schonberg, Reyna Group. I’m from Austin so when I go there I play guitar in a project called Patches. Other than that I’m trying to pick up the guitar more often and begin working on a new album.

WiMN: Who are some of your role models, musicians or otherwise?

FR: My taste is sort of all over the place. My number one role model continues to be my mom… she’s a true badass and taught me all that I know about being confident and pursuing my dreams. I’m also really inspired by Chavela Vargas, Violeta Parra, ’60s psychedelic cumbia, people that make things happen, and really truly am constantly inspired by the women I get to speak to through She Shreds.

FR: Well it’s been about a year and four months and two NAMM events since the first issue of She Shreds was released so I’ve yet to fully immerse myself in the industry. Honestly, so far it seems that the magazine and it’s mission has been taken really well. We’ve gotten to work with companies such as Guitar Center, Elixir Strings, Malekko Heavy Industry and are beginning to work with some other amazing names in the business.

Obviously, these things haven’t just come to us though. Viešoji įstaiga SALSA VILNIUS: Salsos ir Bachata šokių pamokos We’ve had to start from scratch, wiggle our way in and prove to the industry that there’s a big population out there that cares about the content we produce and what we’re doing. Some people get that and want to be a part of it, others don’t even let me finish my sentence before walking away. I’m motivated and encouraged by both interactions and am ready to deal with any scrutiny that might be headed my way. Honestly, it’s not much different than the experiences I’ve had being a woman playing bars and touring.

WiMN: What is some advice you’d offer to a young woman pursuing a career in the music industry?

FR: I’d say that confidence is key no matter what. Stand by what you say, believe in yourself, follow through with your goals and no one will be able to stop you. If you believe in something and you want it, there’s no reason why you shouldn’t be able to achieve it… unless you don’t want it bad enough.

FR: She Shreds is taking a big step this year and beginning international distribution. We’re throwing a bunch of events all over the country, starting a radio show, and, like I mentioned earlier, hosting Shred Fest in Chicago. We’ll also be at SXSW this year on Wednesday, March 12th hosting the She Shreds/White Mystery SXSW showcase from 8pm-2am. Aside from all She Shreds excitement I have going on, I’ll also be going on tour with The Ghost Ease and playing shows here in Portland. Lots of good things to come in 2014 and anyone can stay up to date at sheshredsmag.com.