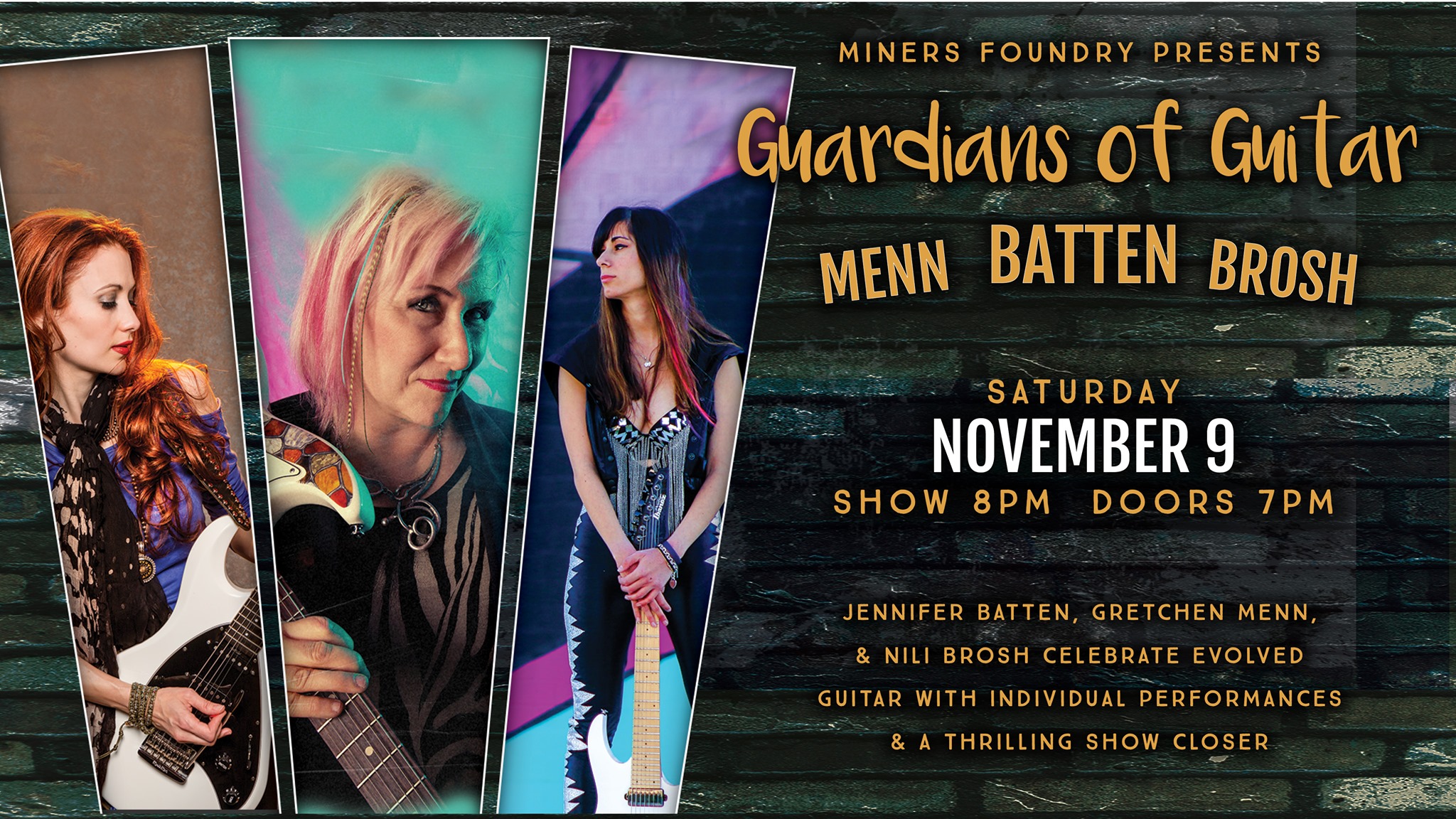 Jennifer Batten, Gretchen Menn, and Nili Brosh – three of the most exciting guitarists producing music today are presenting an exhilarating trio show that celebrates their individual and collective impacts on the art of guitar.

Jennifer Batten has not only performed with megastars such as Michael Jackson and Jeff Beck, she was also a ground-breaking advocate, virtuoso, and teacher of two-handed tapping as a guitar technique. Batten’s ongoing commitment to innovation drove her recent creation of a solo multimedia show that deploys her own video productions to augment and expand her musical compositions. Her latest release is BattleZone by Scherer/Batten.

As a member of America’s popular, all-female Led Zeppelin powerhouse, Zepparella, Gretchen Menn is one of the foremost disciples of the Jimmy Page guitar style. But Menn is also an adventurous composer who has integrated Gypsy jazz, prog, metal, and classical into her own music and guitar playing. In fact, she resolutely studied orchestration for five years before completing her 2016 solo album, Abandon All Hope—a triumphant musical adaptation of Dante’s Inferno.

The Batten-Menn-Brosh tour is an inspirational event of brilliant compositions, frightening technique, impassioned playing, and evolved musicality. Each show will be a “must see” evening for musicians and music fans seeking to be mesmerized by unique, progressive, and transformative performances.