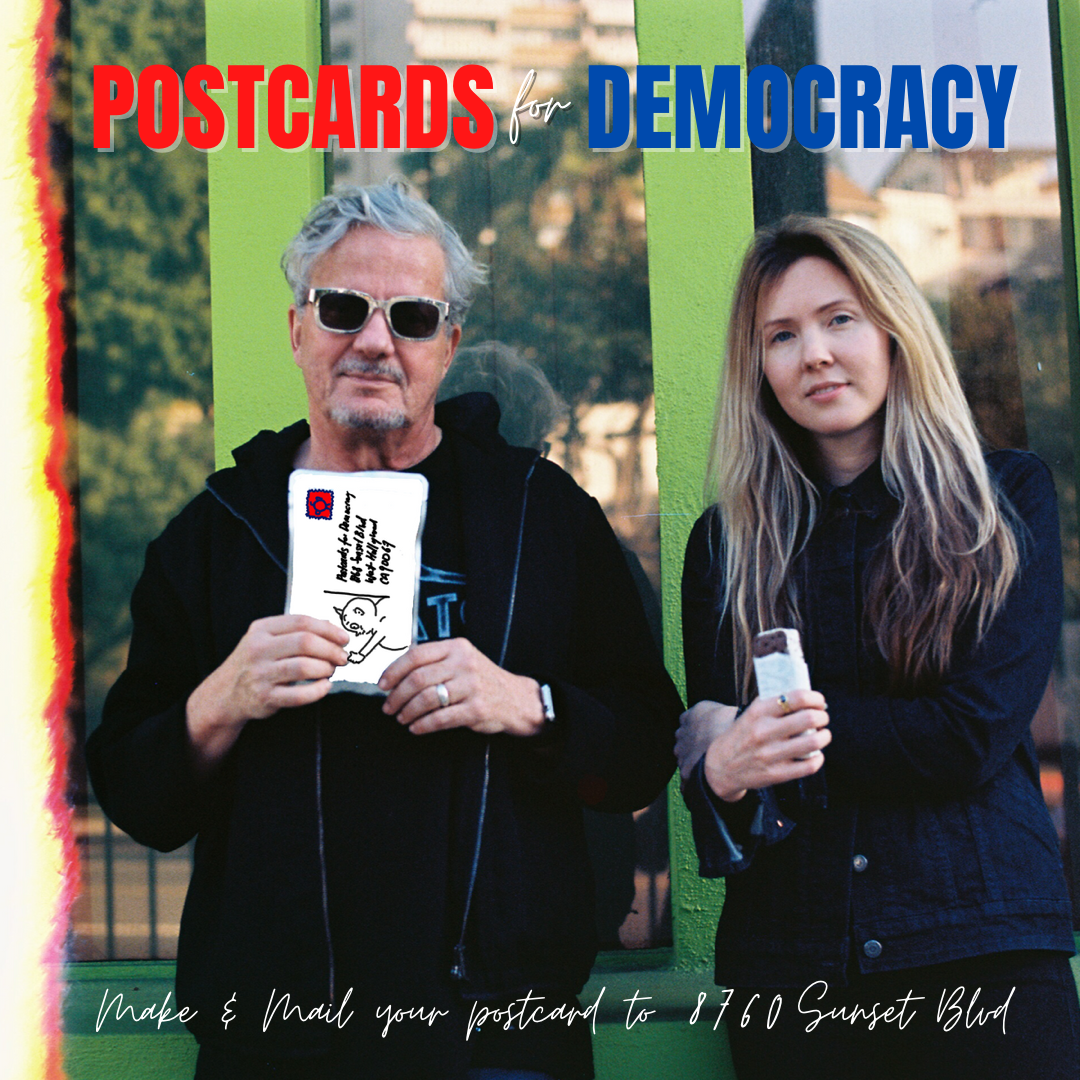 Music visionary Beatie Wolfe, creator of Orange Juice For The Ears podcast will talk one on one with WiMN writer Myki Angeline about her new project, ‘Postcards For Democracy‘. She partnered with DEVO member, Mark Mothersbaugh to create this new collective art demonstration to support USPS and the right to vote!

Beatie Wolfe was chosen to be 1 of 9 innovators to represent the UN Women “Impossible to Ignore” campaign that kicked off on International Women’s Day. With Beatie & co’s portraits appearing all across the world from Times Square to London Underground.

“Musical weirdo and visionary” (Vice) Beatie Wolfe is an artist who has beamed her music into space, been appointed a UN role model for innovation and held an acclaimed solo exhibition of her ‘world first’ album designs at the V&A Museum.

Named by WIRED as one of “22 people changing the world,” Beatie Wolfe is at the forefront of pioneering new formats for music that bridge the physical and digital, which include: a 3D theatre for the palm of your hand; a wearable record jacket – cut by Bowie and Hendrix’s tailor out of fabric woven with Wolfe’s music – and most recently an ‘anti-stream’ from the quietest room on earth. Wolfe is also the co-founder of a “profound” (The Times) research project looking at the power of music for people living with dementia.

The Barbican recently commissioned a documentary about Beatie Wolfe’s pioneering work titled, Orange Juice for the Ears: From Space Beams to Anti-Streams.