The Women’s International Music Network (the WiMN) is excited for the 9th annual She Rocks Awards ceremony honoring women in the music industry, which will take place as a livestream event on Friday, January 22, 2021. Pre-show is at 6pm PT, with the main event at 6:30pm PT / 9pm ET.

With the current pandemic situation, and NAMM moving to a virtual convention, the She Rocks Awards are reimagining the ceremony to fit the current times and will follow suit with a virtual ceremony. The awards ceremony itself will continue to pay tribute to women in the music industry, with the ninth annual She Rocks Awards taking place at 6:30 pm PT on Friday, January 22, 2021. This high-energy evening will include live virtual music performances, awards and speeches, celebrity appearances, a fabulous silent auction, and much more, all available online. This year’s virtual event is free and open to the public.
A VIP gift bag and after-party ticket are available for fans to purchase the ultimate She Rocks experience. The She Rocks VIP Gift Bags are legendary and now fans can get the VIP treatment at home! The VIP Experience purchase entitles the holder to a VIP She Rocks Box valued at over $200 and includes a ticket to the VIP after-party, where a fan will be able to join the She Rocks team, honorees and more.
The VIP bag includes items from M.A.C Cosmetics, PRS Guitars, Marshall, D’Addario, The Music People, Cuccio, Positive Grid, Clif and more. With only 100 VIP packages available, fans should visit www.sherocksawards.com/tickets.
The 2021 She Rocks Awards recipients include:
This year’s event will be hosted by previous award recipient Lzzy Hale, frontwoman for the rock band Halestorm, with Yahoo Entertainment’s Lyndsey Parker hosting the pre-show countdown. Opening performers will be Lexington, Kentucky, rock and soul band Magnolia Boulevard, sponsored by PRS Guitars.
Learn more about the She Rocks Awards and where to tune in the evening of the Awards at www.sherocksawards.com. 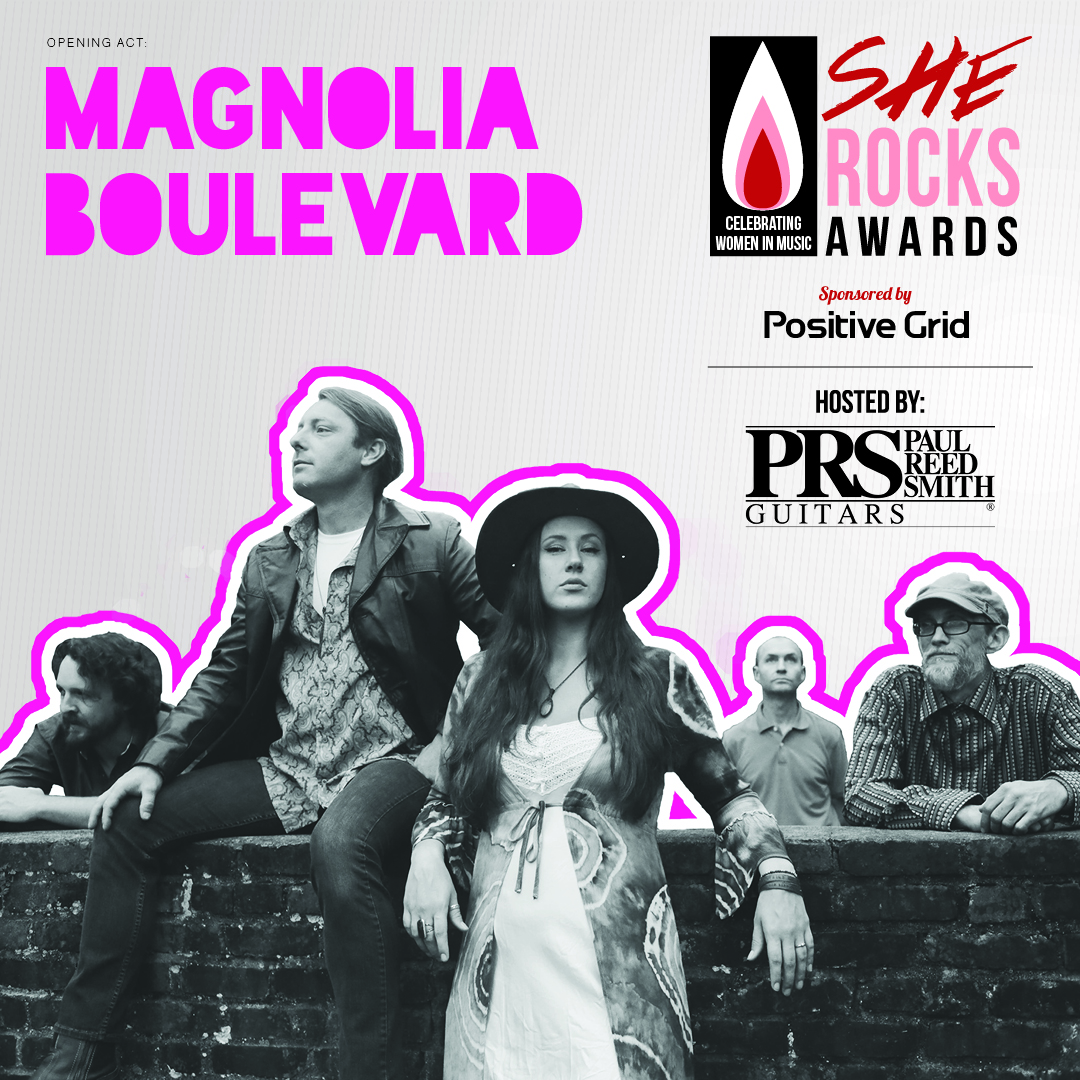