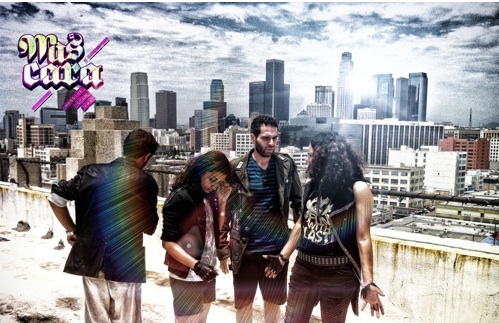 Egypt’s first all-female heavy metal band Massive Scar Era was recently spotlighted by The New Yorker, along with other female-fronted bands from Arabic countries like Lebanon and Dubai.

Sherine Amr, the 27-year-old founder of Massive Scar Era, was first introduced to metal after someone loaned  her a Metallica CD. At 19, she picked up the guitar and was prohibited by her mother to play with men, so she recruited classical violinist Nancy Mounir, who adds Arabian flair to the band’s pummeling metal sounds.

Nowadays, the band is comprised by two men, Karim Ashraf on the bass, and
Maged Faltas on the drums, and two women, Amr on vocals and guitar, and Mounir on the violin.