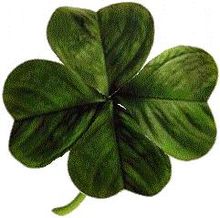 To commemorate Saint Patty’s Day, we’re presenting you with a lucky four-leaf clover ensemble of the fine music highlighting different areas of the Irish genre, of course involving women.

2) Heather Dale. The lyrics in “One Of Us” speak about an inspiring female warrior, and can by applied to any inspiring female in your life.  It is so empowering and uplifting, it is guaranteed to arm you with courage and motivation.

4) Sinéad O’Connor. No Irish music list would be complete without including the great Irish singer-songwriter Sinéad O’Connor, who rose to fame in the late ’80s with her album The Lion and the Cobra.