The Celtic meaning of willow has a long history of symbolism that is associated with metaphysical and ritual practices. Specifically, the willow wood, which is still being used in ceremonies and intended for enhancement of psychic abilities. Nova Scotia-born sisters Cassie and Maggie MacDonald explore different genres of the folklore in their new album, Willow Collection including their own Celtic roots, and range from the Appalachian and Ozark ballads to country classics.

Back in the day, people would lay willow wands beneath their pillow when they struggled to cope with strong feelings. “They would dream through it in the night and be better in the morning,” explains Maggie MacDonald. “That’s why it’s associated with grief.” 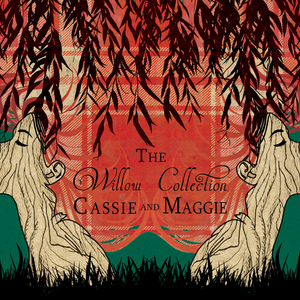 The MacDonald’s hail from a musical family, and has spent generations in Antigonish County, known in the Maritimes for its powerful link to Gaelic culture. The sisters grew up dancing, touring the Highland Games circuit before discovering their love of music. Cassie learned the fiddle and Maggie mastered the piano and later the guitar, which is her primary instrument on Willow Collection.

This album is magnificent, showcasing their undeniable talents which won them several folk music awards regionally and nationally in Canada. They test the boundaries of traditional folk sounds with each song celebrating the symbolic tree,  “The willow is a very emotional, evocative theme in folk music,” reflects Maggie. “At first all the songs were quite grim, but the more research we did, the more we learned it can also be a symbol of hope.”

Cassie and Maggie just completed a fall tour which included stops in Austria, Switzerland, and a few cities in America.  To learn more about the duo and purchase their album, visit their website here.

Below is a video from their live performance at Altes Kino in St. Florian/Austria and features their dance skills!