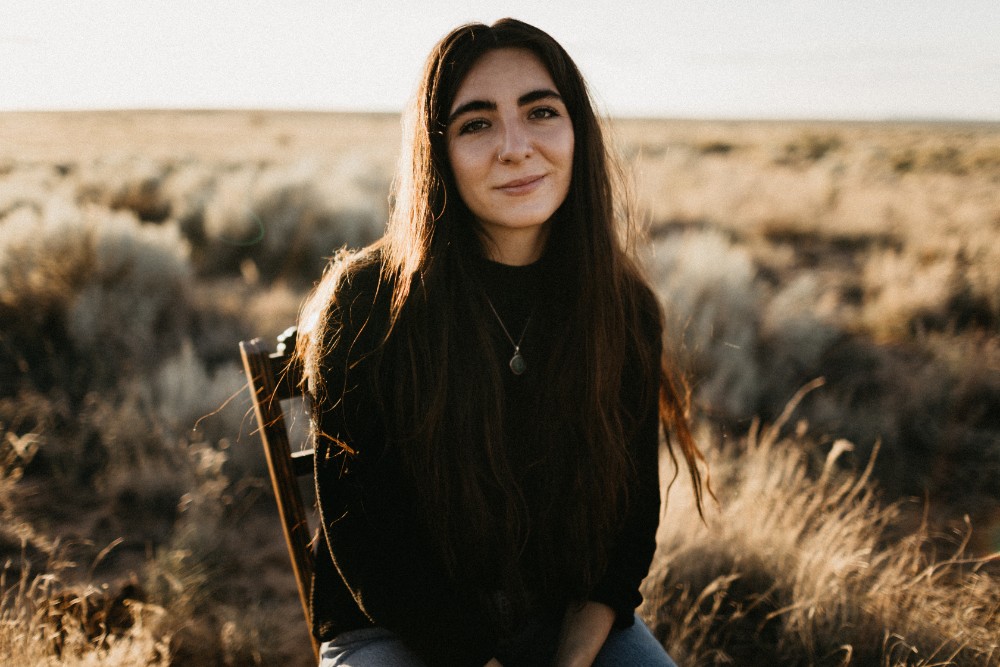 Albuquerque, New Mexico-based, BYLAND, the cinematic folk/indie-rock project of Alie Renee Byland, announces a new single, “Ray,” the follow-up to her first studio record, GRAY, which dropped on October 16, 2020 and received acclaim from American Songwriter, PopMatters, Audiofemme, Mystic Sons, Last Day Deaf, Loudwomen, among others. Making mental health a priority is a focal point of GRAY, with topics like anxiety, codependency, and fear of inadequacy at the forefront.BYLAND’s new track means a great deal to the band.

It was written by Alie’s partner and co-writer Jake Byland as a tribute to the life of his uncle, Ray, and the love that Ray had for his sister, Jake’s mother. The band elaborates, “It tells the story of the two hiding together from the pain of a challenging childhood. They would listen to records together in the basement and find relief to the sound of bands like Boston, The Doobie Brothers, and Fleetwood Mac. The song stands as an encouragement not to hide from pain alone, but to instead surround yourself with good music and good company.” A notable appearance on the record is Ray’s nephew and namesake, Mitchell Raye, who plays the electric on the track.

Led by Alie’s vocals and piano, the track also includes Abby Gundersen’s strings and Ed Brooks on the pedal steel. American Songwriter says the single, “…digs deep into emotional wounds and rips off the scabs. It’s a painful listen, but only if you let it in… and let it in, you must. Ebbing and flowing like a tumultuous shore… crests and crashes with all the drama of an Ang Lee film, its cinematic piano hitting crescendos pounding broadly on heart. With climactic drum rolls and soaring strings that add texture and breathtaking surges, the song hits high and dives low. Tethered by the anchor of Byland’s almost preternatural voice, the song leaves you exhausted when its final wave crashes and slips away.”

Learn more about BYLAND on their website: BYLAND (bylandmusic.com)