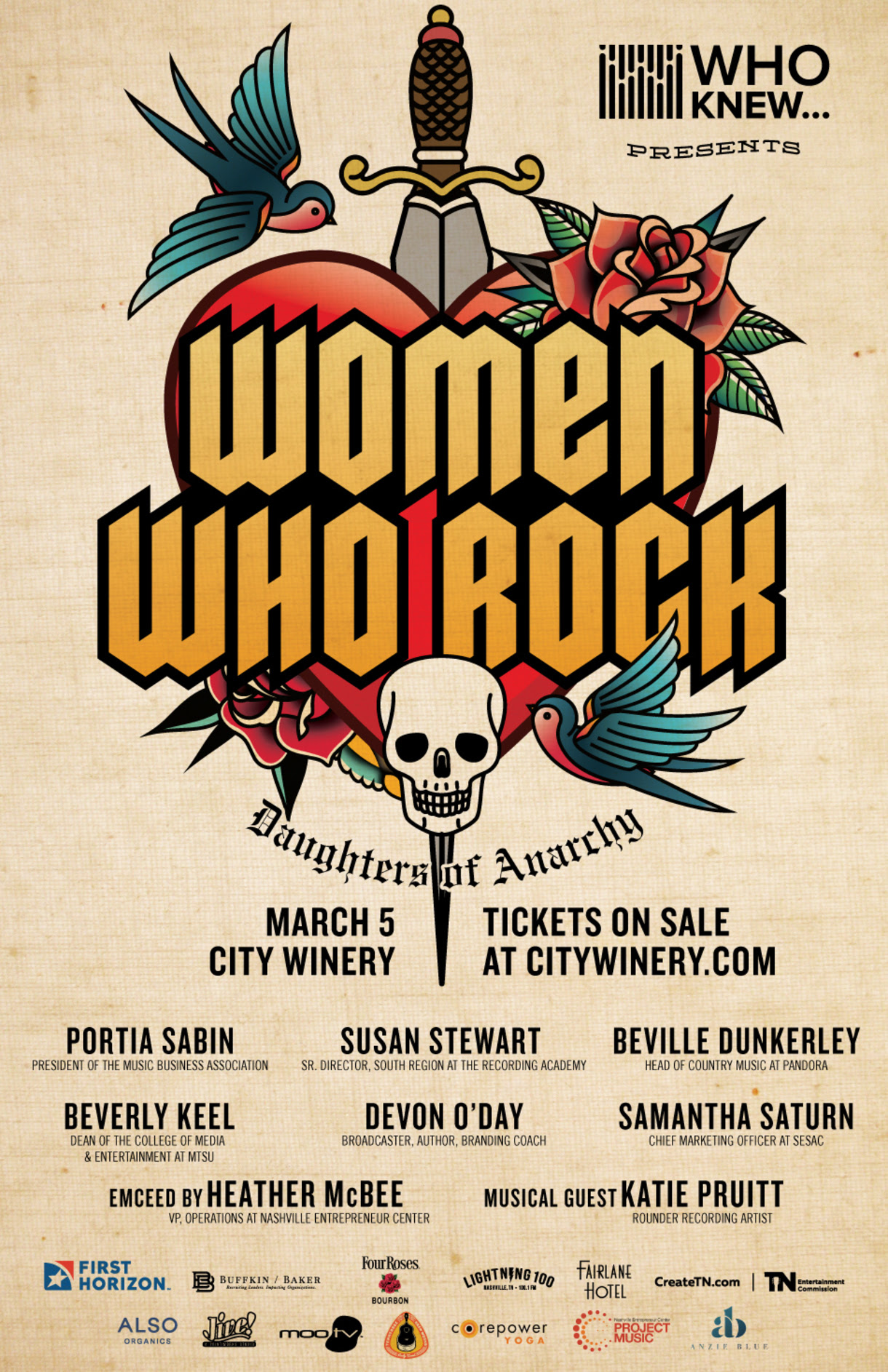 WHO KNEW… Presents Women Who Rock

It’s that time of year again – Women’s History Month is always in March and that’s when we celebrate Women Who Rock. Join us on March 5 at City Winery Nashville as we celebrate an incredible lineup of highly accomplished female music executives.

Here is the fantastic lineup-

Women Who Rock will celebrate many great things at this event including the 100th Anniversary of the passage of the 19th Amendment to the US Constitution, granting women the right to vote. This event is known to sell out, so everyone is encouraged to purchase your tickets soon. Early bird tickets are just $15 until February 10th, after which time ticket prices go up to $20, and $25 at the door. 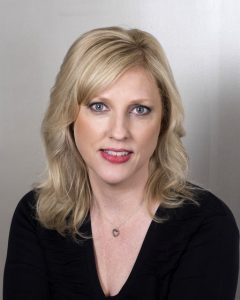 Beverly Keel is Dean of MTSU’s College of Media and Entertainment, as well as a women’s rights activist and an award-winning music journalist whose work has appeared in People, Parade, The Tennessean, and many other publications.

In 2014, she joined forces with Tracy Gershon and Leslie Fram to create Change the Conversation, which has become an influential movement in the area of gender equality in country music. Forbes included her on its national list of “40 Women to Watch Over 40,” a group of innovative women recognized for disrupting industry and society. She was inducted into the Source Hall of Fame for female music leaders in 2019.

She also serves as publicist for Jamey Johnson and has been a consultant for various projects and artists, such as Alison Krauss, Lionel Richie, and Scotty McCreery. She has hosted album-launch events for artists including Don Henley and Barry Gibb. She has been a professor at MTSU since 1995 and was previously chair of the Department of Recording Industry. She returned to MTSU in 2013 after a leave of absence to serve as senior vice president of artist and media relations for Universal Music Group Nashville, where she was responsible for the media campaigns for artists including Lionel Richie, Vince Gill, Sugarland, Shania Twain, George Strait, and many more.

A graduate of Leadership Music, Leadership Middle Tennessee and Leadership Nashville, she is on the boards of the Country Music Association, The Recording Academy, the Women’s Fund, Owl’s Hill Sanctuary and I’ll Fly Away Foundation. She is an editorial board member of the Journal of Popular Music Studies and a member of the International Women’s Forum. Keel has been inducted into the Hall of Fame of the Nashville Music Business’ Women in Music City Awards, where was recently honored for the seventh consecutive year. 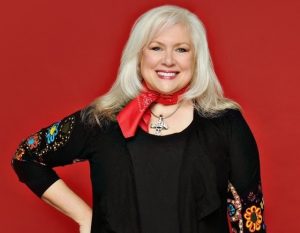 Devon O’Day is a career broadcaster with a resume’ that includes her most recent position as radio-host on Nashville Today at 650AM WSM and formerly The House Foundation with Gerry House, Mix92.9 Nashville, and nationally syndicated shows like Country Hitmakers, The Saturday Night House Party, and America’s #1s.

Former Miss Louisiana National Teenager and pioneer of the plus-division of the Ford Modeling Agency in New York City, Devon is also the author of 6 books, among them My Southern Food and My Angels Wear Fur. She has been a contributing writer for Guideposts’ All God’s Creatures Devotion division of books and magazines for the past 3 years.

As a songwriter, she has had songs recorded by Lee Ann Womack, Dolly Parton, Hank Williams, Jr, Pam Tillis, Neal McCoy, Trace Adkins, and a #1 for George Strait called “The Big One”, co-written with Gerry House. Devon has been the host of national radio specials for Garth Brooks, the Dixie Chicks, Kenny Chesney, Bill Gaither, and hosted Tammy Wynette’s biography on the Lifetime network. She speaks across the country for both corporate and church groups combining story-telling and humor for motivation and inspiration.