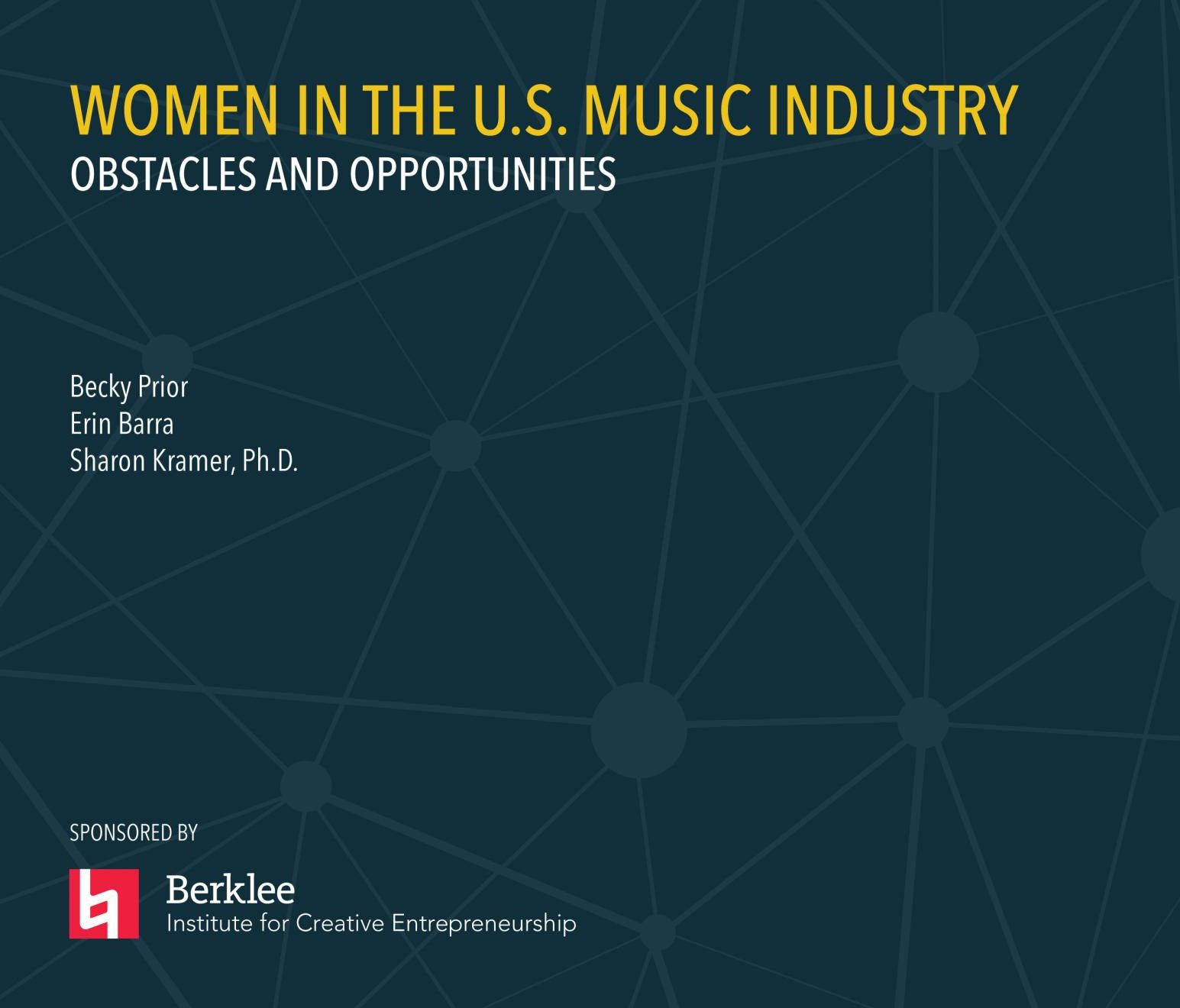 The Berklee Institute for Creative Entrepreneurship, the Office of Institutional Research and Assessment, and Women in Music (WIM) have partnered together to create the first study of its kind in the U.S., “Women in the U.S. Music Industry: Obstacles and Opportunities” which presents the results of almost 2,000 responses from women to a survey administered in the summer of 2018.

The survey results present compelling data around the challenges and opportunities women experience in the music industry, while also reaffirming that the respondents are passionate about working in this field. Women responded strongly when asked about gender bias, often sharing examples of workplace behavior and personal stories. Nearly half of respondents felt they should be further ahead in their career, including 41 percent of those at the executive level.

While both white women and women of color shared this sentiment, 55 percent of women of color felt like they were behind in their careers, compared to 44 percent of white women. Women also overwhelmingly agreed that they had been treated differently within the music industry (78 percent), while over half of respondents felt that their gender had affected their employment (52 percent). These numbers were more pronounced among women who identified themselves as self-employed or freelancers.

Women with mentors were more likely to earn over $40,000 annually, and felt more satisfied in their career growth, compared to women without mentors. Overall, 72 percent of women working in the music industry considered themselves extremely or somewhat satisfied with their primary job.