Independent recording artist AZRA just released the video for her latest single, “Right Here” exclusively on The Women’s International Music Network. The pop power ballad follows the success of her debut EP Freedom she released on her own label, CLÚ back in 2017. “Right Here” embraces the obstacles one faces and encourages us all to stand our ground amidst anything thrown our way.

“I wrote this song when I was reflecting on very vulnerable times with my music. Since I was a child I always loved to perform music but there were unforeseen challenges throughout the years like a teacher telling me to give up a lead role in elementary school and having to stop performing in college when I had emergency eye surgery for juvenile glaucoma,” says AZRA. “However, I realized that all of those challenges actually made me stronger and more resilient to succeed in any tough situation. Just like a tree that weathers the storm, it’s roots become more embedded in the ground and its bark tougher. I wanted to give this music video an intimate feel because this song is close to my heart. I hope this song can empower others who are going through trying times.”

AZRA refers to her sound as “Substance Pop,” an edgy blend of pop, dance and soul, with a touch of grunge rock and grit. Influenced by musical artists that range from Freddie Mercury to Madonna; to P!nk and Whitney Houston, AZRA’s music is mission-driven and inspirational, with infectious melodies and uplifting hooks.

Since 2017’s Freedom, AZRA has opened for the Plain White T’s on their High School Nation tour, performed at major Pride festivals all around the country, and has regularly performed live at college festivals, radio stations, storied LA venues (Viper Room, Mint, Peppermint Club), high schools and nonprofit organizations. Her single “Dimension” co-written and produced by Grammy-winning artist Jamie Jones and his production partner Matt Wong, hit #1 on the Digital Radio Airplay Charts for two consecutive weeks, and the “Dimension” music video got over 200K views on YouTube. She has been featured in Billboard Sound, LA Weekly, VoyageLA, TWIST Magazine, All Things Go, Pop-Wrapped, PopDust, All Access, The WiMN, Celeb Secrets, Singers Room, GirlHQ, Rawfemme, Women’s Republic and FOX News, to name a few. She was also placed on Tune Core’s New Music Friday playlist with her single “Dimension.”

AZRA performs live frequently so she can continue to bring her fans with her into what she calls the “Sixth Dimension.” Her powerful stage presence and infectious energy captivates the crowd whenever she performs. AZRA hopes to inspire others to be empowered and slay in their own lives. “Follow your passion, create your own show. The world is your stage, and anything you can imagine is possible.” 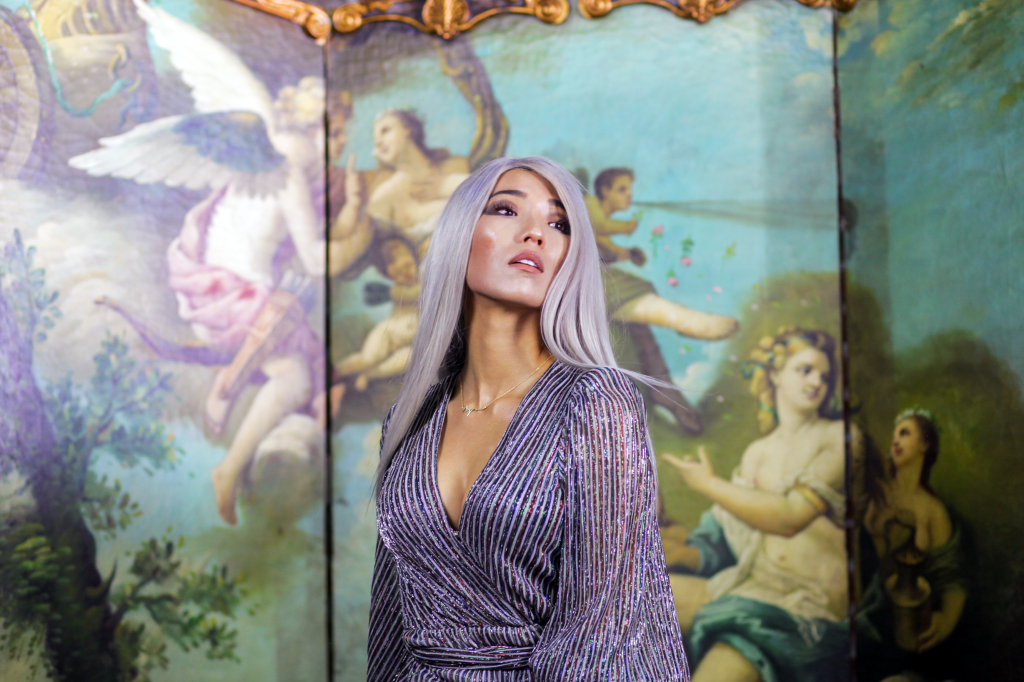