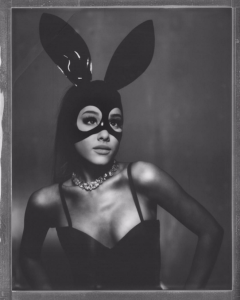 Back stronger than ever, pop mainstay Ariana Grande released her second single, “Dangerous Woman” on March 11. Grande is gearing up for a world tour following the release of her new album (that has the same moniker of the single), due out May 20 through Republic Records.

Featuring her signature silky vocals, Grande mixes it up from her norm with a relaxed vibe and a strong guitar line (and solo!). It’s as if this song is the start of a slinky spy movie – James Bond 2.0? It’s definitely the most mature track we’ve heard from Grande thus far, and her new album is said to go with this newfound sound as well.

Listen to “Dangerous Woman” for yourself below: