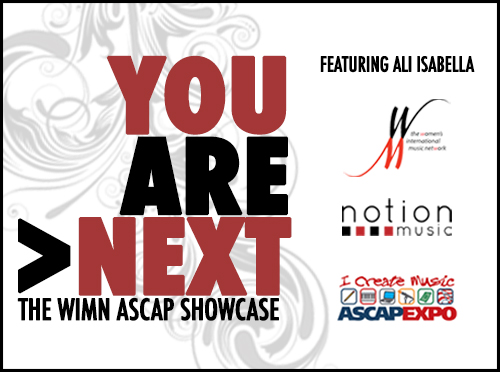 The WiMN and Notion Music are proud to announce The WiMN ASCAP “You Are Next” Showcase. Featuring singer/songwriter Ali Isabella, this event takes place during the ASCAP “I Create Music” Expo in Los Angeles, CA (Lobby Bar, Loews Hollywood Hotel) on Thursday, April 18, 2013 from 9pm to 12am.

Submit your best material for an opportunity to win a performance slot at the showcase! Female performers of any age and style are eligible. You’ll have chance to perform in front of industry experts, media representatives, artists, publishers and more at one of the most prestigious songwriting events of the year. All materials must be submitted by March 29, 2013, and showcase slot winners will be announced April 1, 2013.

We’re excited to announce 17 year-old singer/songwriter Ali Isabella as headliner of the WiMN ASCAP “You Are Next” Showcase. Isabella has already attained some huge milestones in her young career. She’s opened up for Reba McEntire at Wembley Arena (the youngest performer to ever appear on that famed stage!) and headlined pre-Grammy parties which honored Quincy Jones and Stevie Wonder. Her debut single “New York City Country Girl” reached #14 on the coveted Billboard Hot 100 Singles Sales Chart and was #1 for 4 weeks on the Billboard Country Hot Single Sales charts. Find out more about Ali Isabella at aliisabella.com. 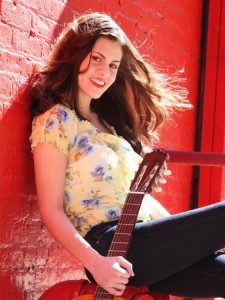