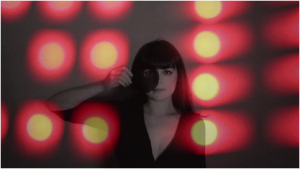 In Notion, Jemima describes “Dodged A Bullet” as “A simple, universal narrative about a relationship that didn’t work out, and the realization that getting out was a good thing.”

Inspired by the likes of The xx and Shura (they share the same drummer live), Jemima describes Liquorice as being about “Relationships, terrible nights out and early experiences of the record industry.”

Below, enjoy the video for “Liquorice,” the title track from Alice Jemima’s debut EP!