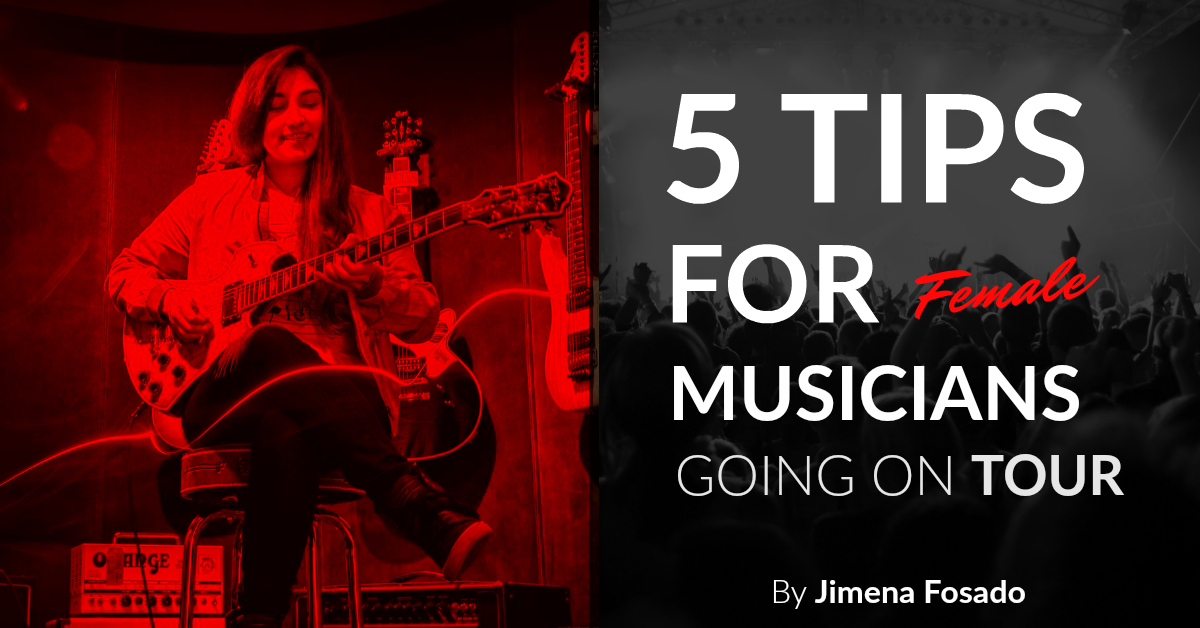 There’s a lot to juggle when you’re going on tour! When there’s travel, band needs, album sales, and a million other things on your mind, the last thing you may think about is being a performer!

But for the female entertainer, there is an even larger list of challenges you have to be prepared for.

Guitar shredder and touring artist Jimena Fosado shares her 5 tips for heading out on the road! 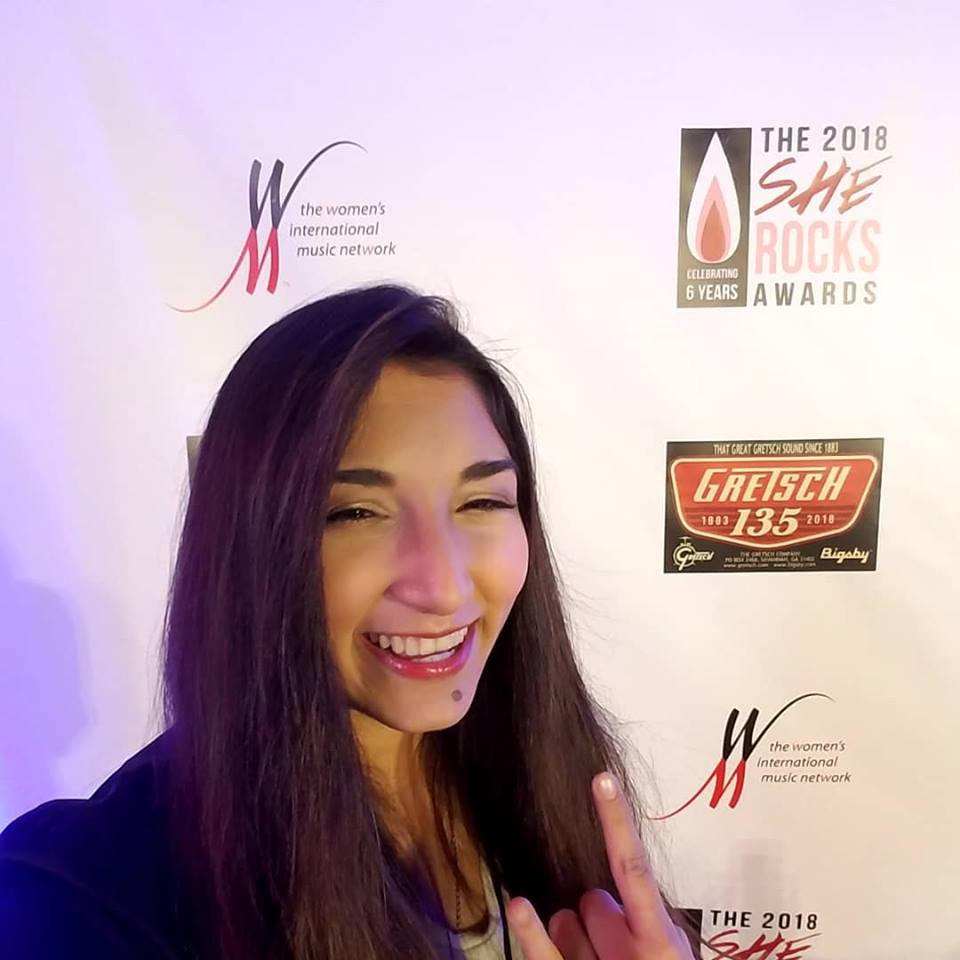 I always had the dream to be on the road and be in every possible city doing what I love the most; playing guitar in front of people. It doesn’t matter if it’s 50 or 1400 people. I assure number is just a number; you’re still performing to people. Connecting. Changing people. 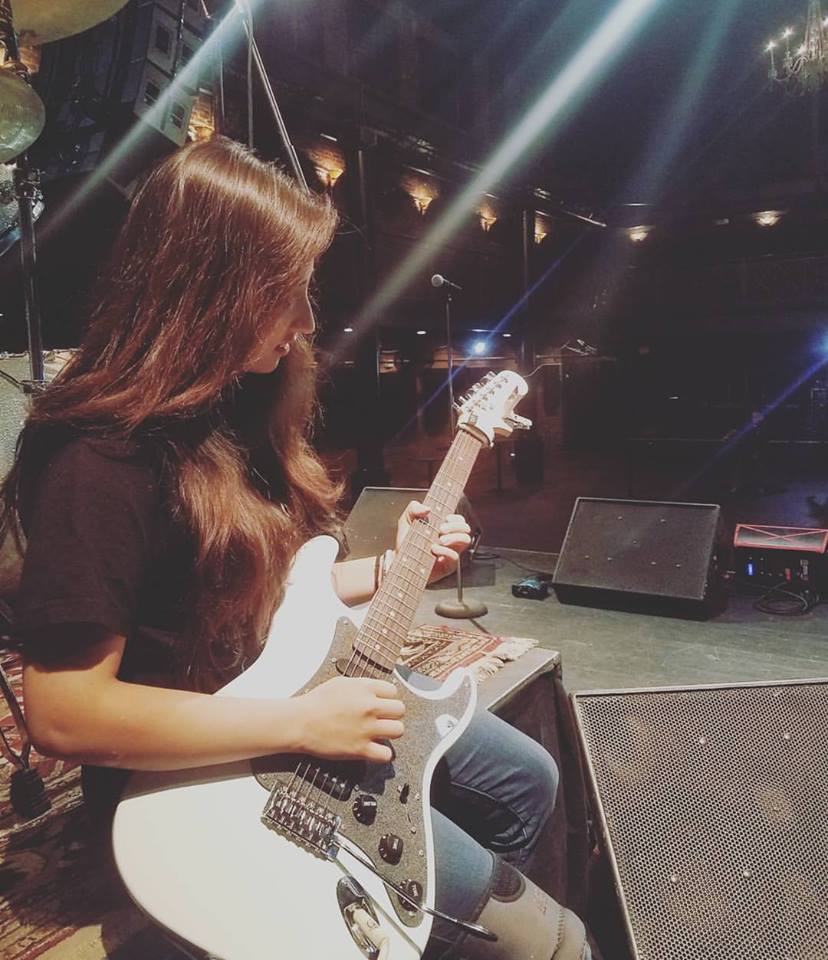 I went on tour for the first time last year. I remember I got the gig 4 days after graduating Musicians Institute. I was so nervous of joining the real world as a musician and even more so, being from another country. It is a bit nerve wracking not knowing what to do or where to go, to get where you want.

There are more than just 5 tips for the road as a female performer, but I am pretty sure these are the most important 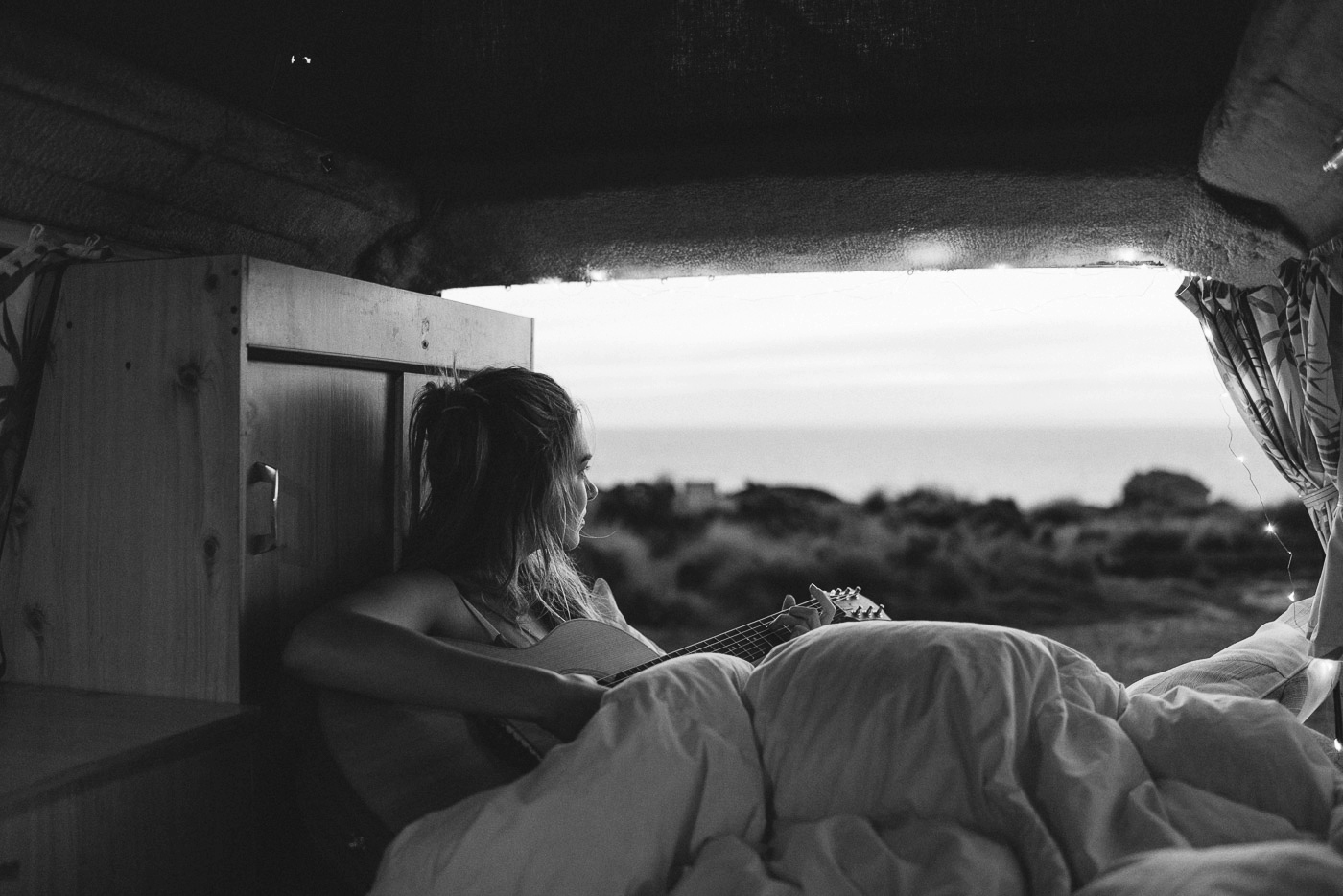 I think this first one applies for all the 5 I will tell you; however I’ll try to explain a few things more in depth.

Yes, things you can’t even picture nor imagine may happen, but you have to be prepared mentally and emotionally to deal with it.

For example, let’s say you know you’ll be in different weather in every city, so you may get sick. Prepare by having medicines for cold, stomachaches and headaches, allergies, bring bandages for sprains, and painkillers for all of the above, and so on. I got sick and thankfully I brought few things I could take, not to mention there were bugs in Florida and I got stung on my hand, so I got an allergic reaction. My hand got swollen before the show and that night I didn’t have medicine for it. It was one of the hardest nights to play guitar for two and a half hours. Note that you can go to a store and buy what you need but there will be times when you will be tight on time or the distance is not convenient. We had to buy some bed sheets because some places were cold too.

These are reasons that are not too serious but it could escalate pretty quickly. Take a look at the next points and see how it all relates to “EXPECT THE UNEXPECTED”. 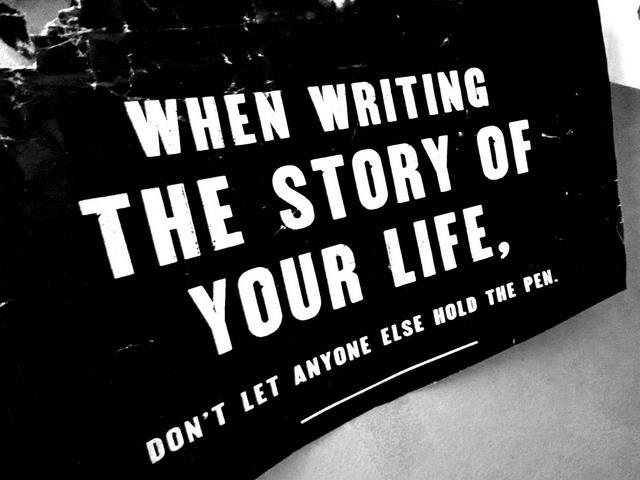 On the road you’ll meet a lot of people. Yep. A LOT. They’ll tell you good things and maybe not so nice things. You get to feel the vibe of someone, if this makes sense.

People may be connected in the entertainment industry or press and may make you job offers. They may be serious or not, professionals or not, so be careful when you talk about personal information, you don’t know where it’ll end up or how it’ll be used against you later on. This also includes people implying to exchange some sort of “favors” so you get more famous. People have so many intentions with us girls in the industry. We know it’s tough; going out and receiving people’s comments on the streets, being some kind of object to men, worrying when you are going out late at night all dressed up.

On tour, it’s sort of the same. Be careful, if you don’t like something said to you, try to be polite and be sure to be surrounded by people. If anyone tells you to go somewhere else to “discuss” business or just to chill and “hang out” make sure you know what you’re getting into. Always let someone of the band or crew know the situation. I am telling you, things can get out of control when you never expected it. That’s why you have business cards and the phrase I like to say, is, “keep in touch!” You can research someone or look on their website to see if they’re experienced or if they really wanted to work with you. As a girl, we may feel pressured to agree to anything, but I personally think it should change. Girls should not only be treated equally, but also respected.

Respect. Not only as a performer but also as a human. The band I was part of, had a contract for the girls to wear some kind of costume that was not only provocative, but uncomfortable as well. If you ask me, some people didn’t even take us seriously. I don’t care about the other girls or previous band members, I have a passion, know how to play and what to play. I studied for this, I breathe for this, wake up and live for this, and of course I want you to care about the show because the music and musicians are much more important than the appearance.

In this case, before taking any gig, make sure the conditions of your contract coincide with your morals. If it’s not the right fit for you, then keep on looking. Fun fact: I disagreed with the original costume and shared with my boss at that time, “if you want to hire me I’ll wear something different, this doesn’t go with me and I won’t do it. Sorry.” Next day, I got a call and they altered my wardrobe and gave me a dress rather than a top and bottom costume. It was pretty much as a bikini so, yeah.

I personally want to break stereotypes with my own music, and with the help of other artists. I want women to be equally paid and not objectified. Most girls on YouTube playing instruments wear REALLY provocative clothes. I have nothing against being sexy but there is a point where it is more than that. This standard is feeding society to objectify women and bringing them fame for their physical attributes instead of their talent or the musical content.

There were some places where people would yell rude comments at my band mates, or make fun of them for their costumes, and I didn’t like that. I’m lucky I didn’t get that but people at the end of the performance approached me and would say things like “hey I was not expecting you to play like that, I honestly came here to laugh or see the girls you know, but you changed my mind.” Honestly had a long time to think of this, and believe me, this happened at 80% of the performances. 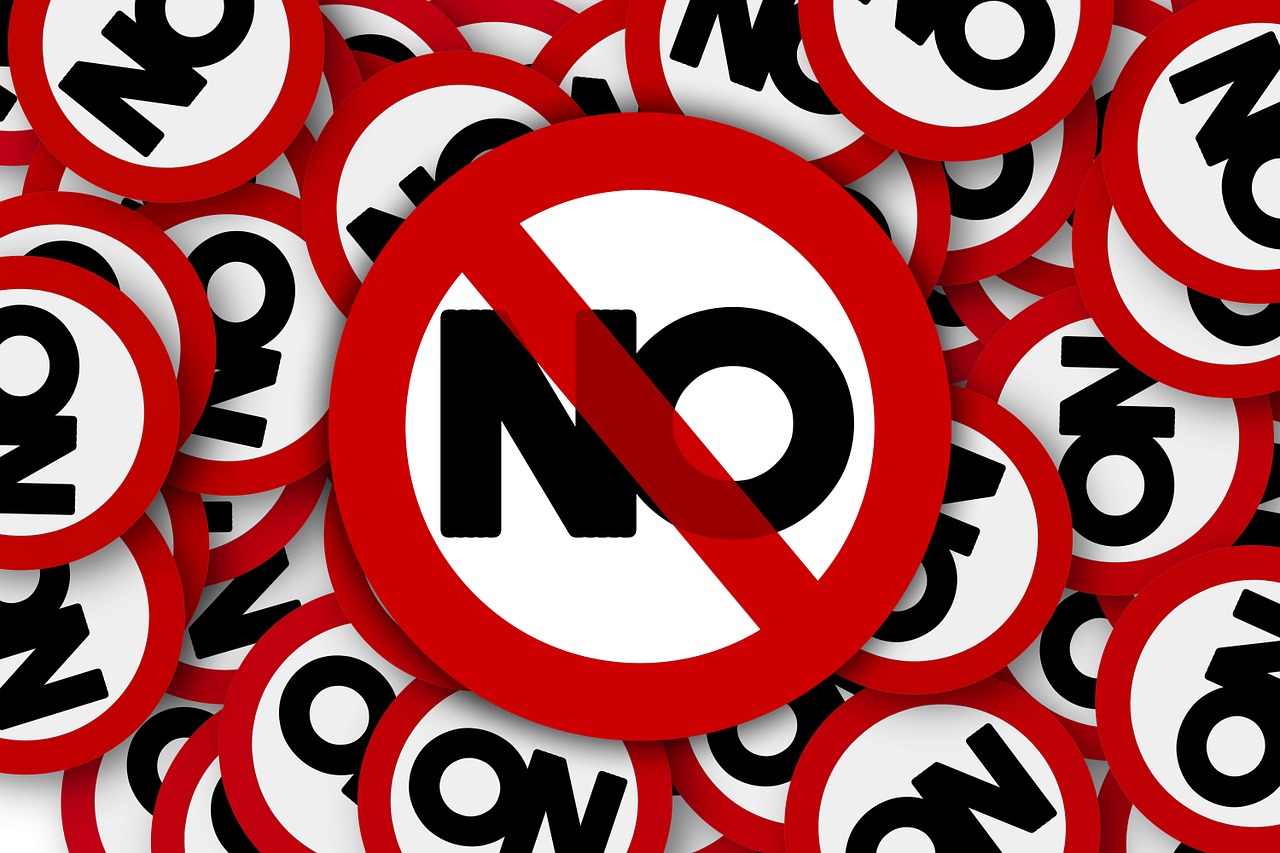 I have to say I really had a raw taste of the world. I ended up in environments I never planned to be in or be around. Sometimes it’s not because of you, but the people you’re working with or surrounded by.

This could be totally related to the point of “trusting your gut”. Saying no to someone taking advantage of you emotionally, physically or whatever, is the best you could do to protect yourself. Nonetheless, it could also apply to, yes, substances/drugs, obviously really common out there. It’d be naïve to be surprised about this. Accept it is there but not necessary for you to take it.

In my case, I was not expecting to be interrupted while packing my gear, but out of the blue, a random guy from the crowd starts offering some hard-core stuff. You just have to say no thanks. If it has to take you more than 1 or 2 “no thanks” well… you either walk away or let security know.

#4 Have A Backup For Your Equipment 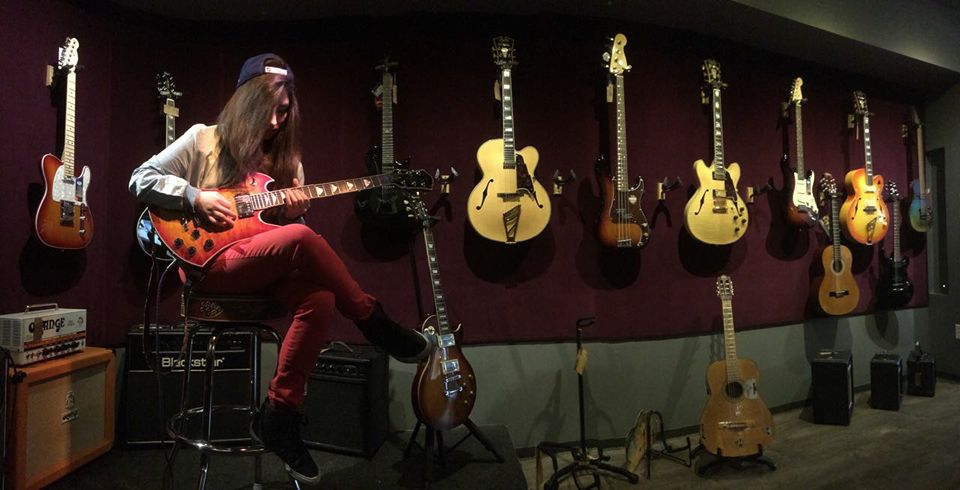 The “expect the unexpected” goes along with this one too. I was using my guitar pedal board every night and the singer stepped on the power cable and broke it inside and outside so it stopped working mid show. Some sound guys won’t be looking at you or paying attention during the show, so they won’t always help you. Ugh it gets annoying. I struggled a lot trying to get it fixed in every city so I taped it, although with doing this the sound would fail at times.

I finally got it fixed and then the singer stepped on it again. (Nothing personal, it was a small stage.) I talked to the company of my pedal board and they got me a back up for situations like this. You’ll save so much time searching to fix it, money and trust me A LOT OF STRESS, MUCH MORE ON STAGE! You just want to perform and have fun, not worry about this.

Same goes for a guitar, I broke strings mid songs and fortunately I had a guitar behind me, I had to plug it in as fast as possible. The show must go on.

#5 Enjoy Yourself No Matter What 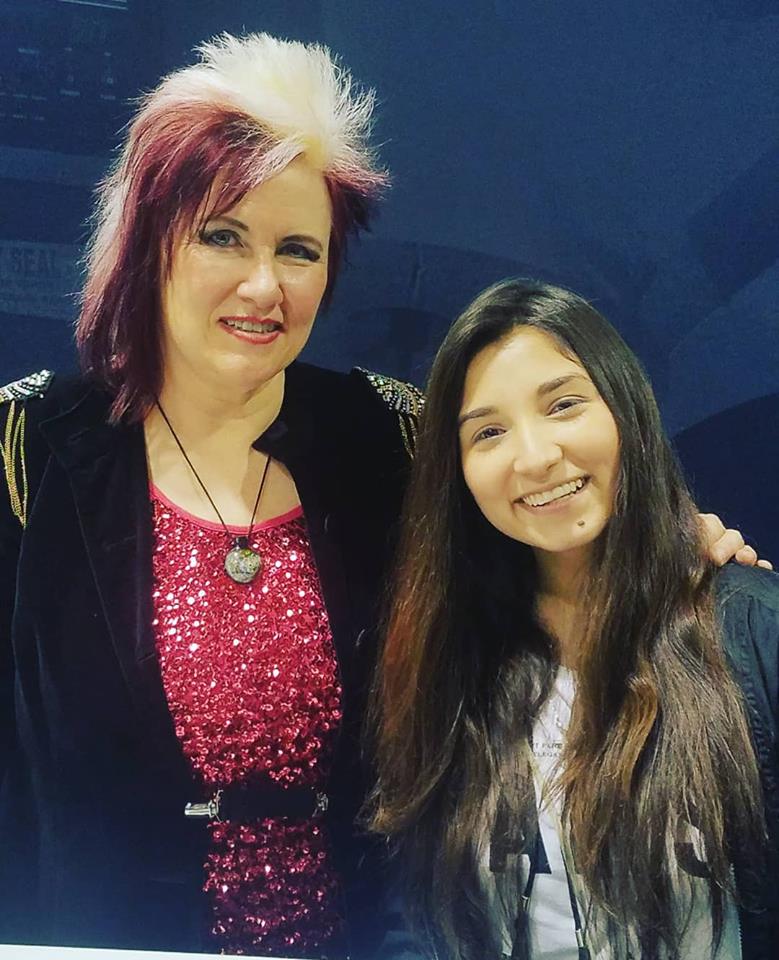 After all the distress of pretty much everything, remember you’re doing this for a reason. You are a musician and entertainer so yes, the job requires a lot sometimes but don’t let that change your passion nor mood. Some nights will be harder than others, some people may be harder to deal with than others but you’re doing something you love and others are trying to do the same and don’t have the chance.

Leave the negative stuff aside, especially when you’re on stage. It is the time for you to shine and connect with people. You’re changing people’s world but also your world changes. One thing is for sure, people will react different every night, different city, different day, different everything, therefore, enjoy the challenges.

If you have to make your gear work because it broke, get medicine, buy clothes, buy food, sleep as much as you can, get away from people or situations you don’t feel comfortable in, whatever it is, do it. Don’t get stuck, try to always move forward.

Creating memories and remembering the good will make you not only happier but will make everything worth it when it’s not going as you planned. Talking from experience, I went through all of this and SO MUCH MORE that later I want to share but it all happened and I appreciate it.

Looking back a year after, I can’t believe I did all of that, I have the moments in my head, videos, pictures and even wrote songs when things were not going perfect. Talking about this and helping people, has made me who I am and still is. Makes me happy and even proud to know I made it and got a shot and taste of something I was curious about. I rather say, I enjoyed myself playing every night, learned from good and bad experiences and started a fan base that in the future I expect it to grow. Hey, we all have to start somewhere, am I right? 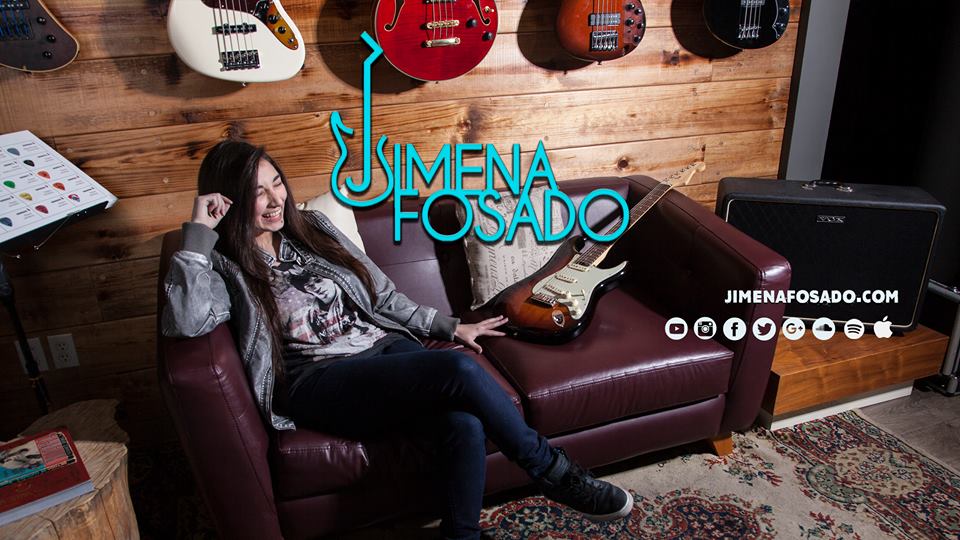