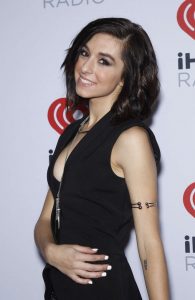 Singer Christina Grimmie was signing autographs after a show on Friday night, June 10 at the Plaza Live Theater in Orlando, when an armed man approached her and opened fire, killing the 22-year-old singer. Grimmie was rushed to the nearest hospital where she died.

According to Florida authorities, 27-Year-Old, Kevin James Loibl from St. Petersburg, Fla., killed Grimmie. Before the death, Loibl left a note at his home in St. Petersburg that stated “Deepest sorrow for lost (sic) to the family, friends and fans of very talented, loving Christina Grimmie. No other comments.”

Loibl shot himself right after the singer’s brother, Marcus Grimmie, attacked him. The brother’s quick attack may have also saved fans’ lives who were standing in line waiting for an autograph from the singer.

“Christina was more than my sister. She was a partner in life,” Marcus posted on Facebook. “A superstar. A goofball. Introverted. And a friend to everyone. Genuinely. But above all…she was my baby sister.”

It was unclear how Loibl was not stopped and checked accurately at The Plaza Live. There were security guards who were unarmed, who checked purses and bags before anyone came in. However, they did not have any metal detectors. Therefore, they may have just believed that Loibl was just another fan.

The Plaza Theatre announced their condolences to the family and fans who were affected by Grimmie’s loss.