Funk-Soul-Blues band, The Gold Souls just released the video for their new single, “True Blue”, which was written by lead singer Juniper Waller, and drummer Billy D. Thompson and is available now on all streaming and digital platforms.

The music video for the band’s latest single creates a vivid, visual landscape of the multitude of emotions that go along with falling in love, juxtaposing the embrace of individual needs with the reach for romantic depth. Front woman Juniper Waller says, “I wanted someone to embody the song. I just so happened to see Kim Bernadette dancing one day and I knew that she was the one to really get inside this song and show through dance what the lyrics tell.”

Waller’s vocals and Bernadette’s performance are brought together by producer and director Sney Noorani, who further captures the essence of the song through beautiful effects and color scapes that compliment the lush textures of the audio. The Gold Souls teamed up with multi-Grammy award winning artist Timothy Bloom who produced and sang backing vocals on the track. The single is lifted from the band’s forthcoming album,  which is due for release following their 2019 Spring Tour.

This Northern California group burst onto the Sacramento music scene in early 2017, and are swiftly becoming one of the most promising new talents in the area. They released a self-titled 5 song original EP and went on their first tour down the California coast soon after. Their single, “Nobody,” was released in late 2017 and was featured on Apple Music Blues’ Hot Tracks list. The Gold Souls followed that up with their next single, “Silver Tongue”, which was also their first music video; a dizzying jaunt around the city of Sacramento in their ’94 Chevy van. Their first full length album Good To Feel was released on June 22, 2018. 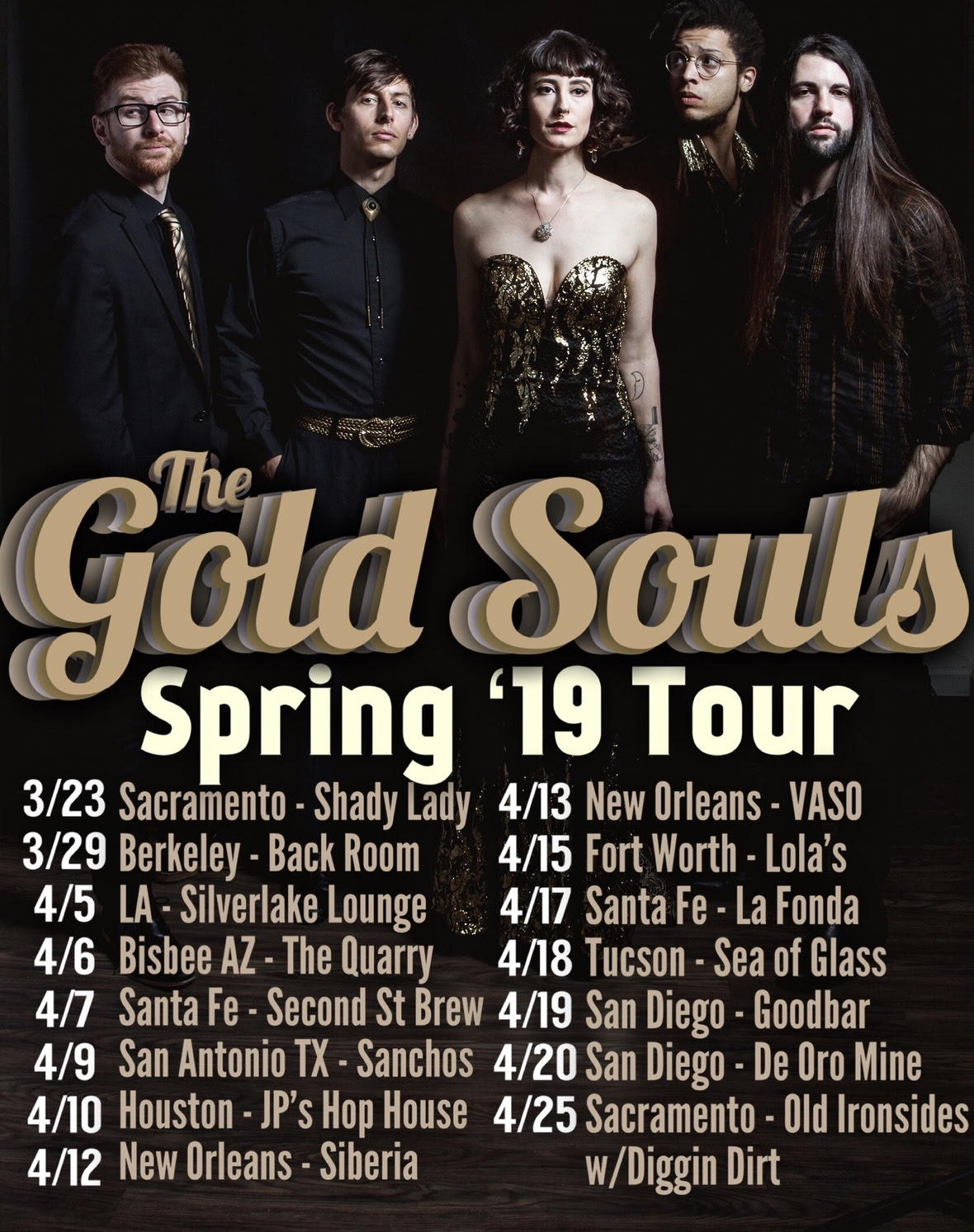