International pop queen Rihanna has broken records left and right over her 11-year career (and hello, eight Grammy’s), but Anti, her latest work, is not what one would expect from the bonafide hitmaker.

With this album, Rihanna let’s us into the mind of her often mysterious, yet confidently cool exterior she is the poster child for. Having made her fans wait three years for new music, this album does not disappoint. There are no 100% gaurenteed pop hits, and it’s clear that’s exactly how she intended it to be. In an age where artists hold-off from releasing their music to streaming services, Rihanna gave away 1 million free downloads as part of her deal with Samsung, and released Anti exclusively on streaming service Tidal for the first week, proceeding to release the album days later to Spotify and all other music retailers.

This is almost unheard of; but as The New York Times accurately proclaimed, “Anti is the Record You Make When You Don’t Need to Sell Records.” On Anti, Rihanna’s vocals are the most exposed, crackly, and perfectly-imperfect yet. Each track features unique R&B beats, and even features gospel inspired vocals, which is a new studio venture for the typically-pop artist.

Anti is an enjoyable, moody, and dark album that features topics everyone can relate to: love, loss, self-reflection, and isolation. 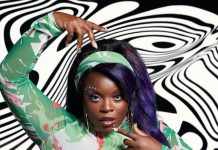 Yola To Perform At The 2022 American Music Awards

The Veronicas Sign With Big Noise Ahead of Their 2023 Release 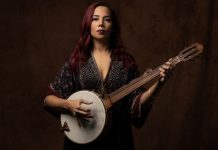