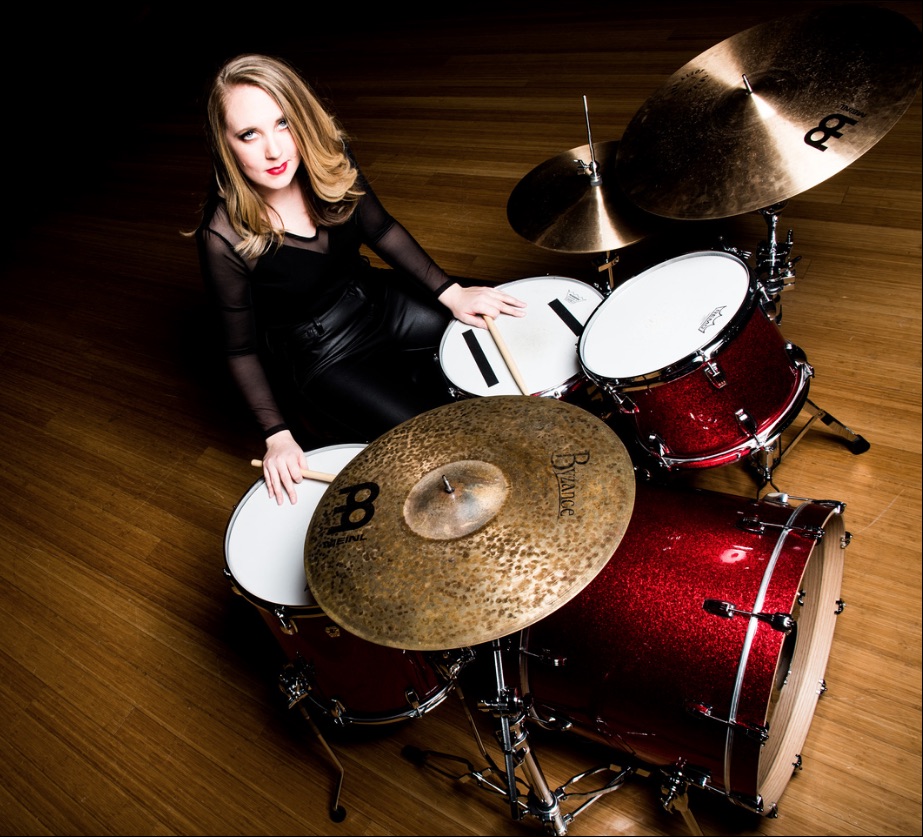 Singer-songwriter and drummer Jordan West released her debut self-titled EP which was recorded at Sweetwater Studios in Fort Wayne, IN. The artist decided to make the record there after graduating from Ball State University. The record was a collaborative effort with Mark Hornsby and Nick D’Virgilio.

Hornsby talked about working with West stating that “She subbed for [D’Virgilio,] on drums for a gig and it was immediately clear how talented she was. It is uncommon to have such a wide-ranging musical vocabulary and capabilities at that age.”

West adds, “Often I’ll record very comprehensive demos, but in this case, I wanted to go into the studio with more of a vibe. I wanted the experience of just being ‘the artist’ and trusting the session players to make meaningful contributions to the music.”

The rhythmic inspiration for the album also pays tribute to Fort Wayne. As a drummer, the cadence is important for West’s music. She explains that “Real sounds have always been a part of my thing and I used to hate the sound of digital drums. But at Sweetwater I fell in love with the sounds of the different Roland units and I knew I had to make them a part of what I wanted to do.”

For more information, check out Sweetwater Studio‘s and West‘s website.