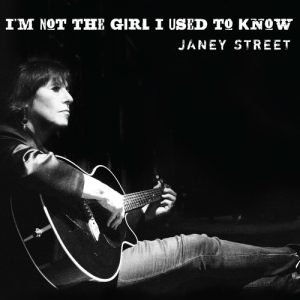 Janey Street is a shining example of what resilience looks and sounds like. She stands out in a society that mass produces young, cookie cutter artists with her own style of music that reflects her East Coast roots and years of experience in the music business.

Born and raised in Queens, New York, Street is no stranger to the music industry. She moved to Southern California in the 1980’s to record with labels such as Capitol Records, Warner Bros and Arista Records (Clive Davis) releasing two songs that charted on Billboard (“Under the Clock,” “Say Hello To Ronnie”). But just as quickly as it came, it went – Street was dropped from Arista shortly after. She remained in Los Angeles to write music for TV shows, movies, and other artists; supplementing her income with odd jobs like painting houses, waitressing, even working as a clown. Never giving up, Street found success once again with her 2009 solo project, The Street Less Traveled bringing back to her blues and R&B roots. But even that time in the spotlight proved to be short-lived, forcing Streets to go another direction with her style and songwriting.

Thanks to the support of Kirk Pasich and his new label, Blue Élan Records, she returned to the music scene with her EP, I’m Not The Girl I Used To Know – a collection of unique songs that echo the trials and tribulations of her journey in music. The title track sets the stage for the story of her life; it’s vulnerable, and a personal testament of her growth and change. “Tears Taste the Same” continues the story, embracing the release of tears to heal all wounds. “Situation” has a country feel, and suggests that life not to be taken too seriously. My personal favorite is “My Side of Paradise,” a modern fusion of hip hop and blues that gives a delightful description of the gritty world she comes from. The last track, “Bring It On,” is a bold and daring kind of love song written for the modern relationship. Her vocals are a combination of seasoned and edgy, paired perfectly with her lyrical genius. Streets is true inspiration for women in music.

Full-length album is available on iTunes here: My Side of Paradise