Five-time GRAMMY® Nominee, multiple Nā Hōkū Hanohano award winner, and highest selling Hawaiian female vocalist of all time, Amy Hānaiali‘i, presents her new, self-produced album Kalawai‘anui. The album serves as a milestone as it is Amy’s 15th studio album she has recorded, and stands out as the first self-produced album which was released on May 31.

The video for the self titled single was produced by Sean Atkins and features the Moʻokiha o Piʻilani. The first single “Kalawai‘anui” is now available on Google Play and CD Baby.

You can pre-order the album here.

The album pays homage to Amy’s ancestors and her deep connection to past Hawaiian generations.  Well known cultural practitioner and Amy’s cousin, Kumu Micah Kamohoali‘i, served as Amy’s cultural adviser for this album. In the liner notes about the titular song “Kalawai‘anui,” Micah explains, “This song reminds one that genealogy is most important for it is truly the foundation that one proudly stands upon. The names of kūpuna are woven and veiled in this composition like the hidden ali‘i. The double entendre of this song relates to the molding of a leader, encouraging one not to waste time, but rather to make ready and go, using the lessons learned by the ancestors.”

Amy’s early previews of the album are already being met with praise.  “It is a beautiful and touching collection of songs. I can feel her ‘Aumakua speaking through her,” noted a member in an early viewing party. Amy is often noted for her powerful voice – one that commands your attention – but you will hear a different side of Amy in Kalawai‘anui. You will hear Amy taking moments to reflect on her lineage, show respect to her ancestors, and unmask the many layers of emotions that each song brings. 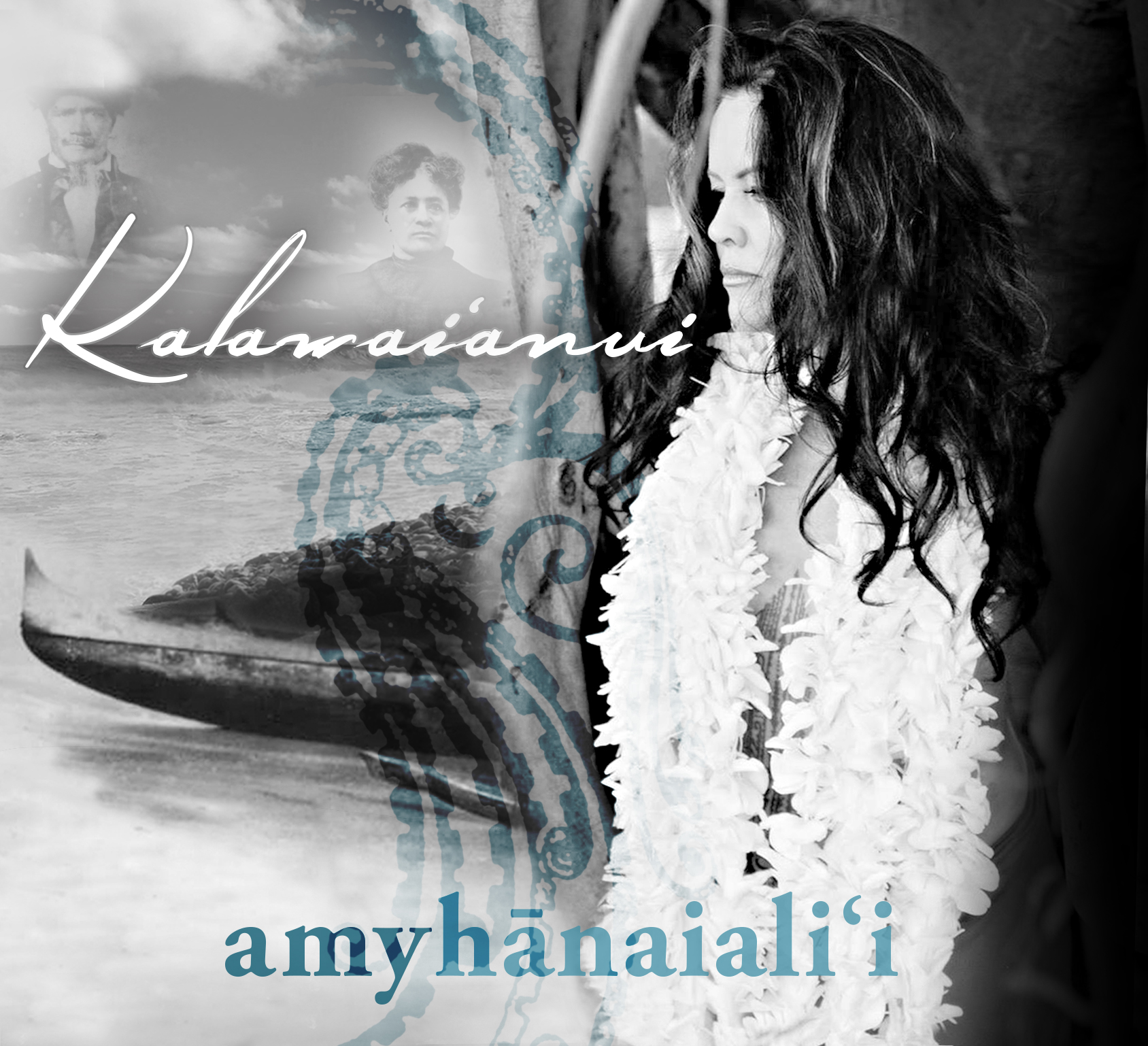