Catherine Vericolli is a triple threat as the owner, engineer, and manager at Fivethirteen, a professional recording studio in Phoenix, Arizona. In her spare time, she teaches audio at The Conservatory Of Recording Arts and Sciences in Tempe. She also co-edits Pink Noise Magazine (pinknoisemagazine.com) an online database dedicated to spreading diversity in the recording industry. The mission of the website is to overcome the dominant male presence that occurs and allow a space for everyone to voice their opinions. When she’s not working, teaching, or writing, Catherine is either traveling or speaking at an audio panel.

The WIMN: How do you manage your time managing Fivethirteen, Co-editing PinkNoiseMag, and teaching classes?

Catherine: Well Allen (Farmelo) and I are on a bit of a hiatus from writing for Pinknoise at the moment- we’re both pretty busy maintaining things on opposite sides of the US. I do get to spend time with him here and there when I travel, which is awesome. Allen is one of my favorite people and one of the most brilliant audio minds I’ve been lucky to have in my life. Honestly, most of my scheduling stress is maintaining everything when I travel, which I do often. Phoenix is kind of an island in the audio world, so I try and get involved in as many out of town events as I can. I enjoy speaking on panels and spending time with record makers outside of Arizona. With all the travel, part-time teaching schedule, and managing the studio, keeping as organized as possible really is the key. And of course having a great staff keeping things down here at home doesn’t hurt- which I’m also very fortunate to have. I’m happy if I can find enough time to focus on making records, which I still manage to do.

The WIMN: How did you get involved with recording engineering? Who are some of your influences?

Catherine: I got involved in sort of a roundabout way I suppose. I was always obsessed with listening- soaking up as much music as possible from a very young age. I probably listened to my first few cassette tapes enough to completely wear them out, only to go repurchase them immediately after. That led to an obsession with record collecting. I loved the tactile experience of records, record stores, the art and work that goes into the concept of an album. Liner notes were probably my first inspiration. I was really fascinated by what the process might be of making a record. After dabbling as one does in their late adolescence in things that I thought might have interested me, I ended up at an audio engineering school. I think it was about 10 minutes in when I knew I was in the right place. As far as my influences, they were mostly my teachers. There wasn’t a lot of studios around here to get into a mentoring situation (there still isn’t) so I sort of found my influences in class. I was also inspired by my friends who were talented musicians. I was always amazed at the guts and work it took to make a career of it. These days, my inspiration comes from my fellow engineering friends in the industry.

The WIMN: How did you come up with the studio name “Fivethirteen?”

Catherine: I wish I had a fancy answer for this, but it’s the street address of the house that we built the studio into. I suppose I was more immersed in the trial and error of building to think very hard about a more clever name. Luckily the local community was into it, and it stuck.

The WIMN: Can you tell us about one of your favorite projects you’ve had the opportunity to work on.

Catherine: I think my favorite project was an instrumental record we tracked and mixed with Eric Bachmann and Jon Rauhouse. We had a really short time frame to get it done, so it has this really cool “let’s see what happens!” kind of feel to it. Both Eric and Jon are amazing to work with, and Eric is probably one of the funniest people I’ve met, so there was a ton of hilarity. We had a blast making it. We also recently had Hiss Golden Messenger in for a live in the studio session for Aquarium Drunkard. We were kind of obsessed with their “The Lateness Of Dancers” release at the time, and the session was sort of unexpected, so we were a bit giddy about the whole thing. They’re incredible folks, which made for one of my most unforgettable sessions for sure.

The WIMN: Did you ever face a time where you felt discriminated for being a woman in the industry, if so how did you overcome it?

Catherine: This is a question that I get asked a ton, and I’m always hesitant to answer it for fear that I’ll miss the mark on the topic. I struggle sometimes with the concept of “Women in Audio” themed panels and such because obviously at this point it shouldn’t be an issue- It should be “People in Audio.” However, as much as I wish it wasn’t, it’s still an issue that needs to be addressed. I’ve been extremely lucky in my career to have been surrounded by incredible people who never made the fact that I was a woman an issue, so on the occasion where I did feel discriminated against, it came almost as a shock. It would take me a moment to realize what was happening. Were we really still existing with this archaic way of thinking?? Well, unfortunately, we were. I experienced that uncomfortableness mostly early on in my career when I wanted to purchase a piece of gear. I was often met with apathy and more rude questions than I got answers. Luckily, later on, I found a gear rep that never once made my gender a topic. I’ve been his customer now for 8 or so years. I think the best way I’ve found to overcome any discrimination that I receive nowadays is to try and not lend it too much credence. If I encounter an individual or situation that’s inappropriate or uncomfortable, I remove myself from it- or from them. For every person that feels it’s ok to discriminate a professional because of their gender, there’s someone out there who does not. I fuel any anger I may have from such an experience into finding these people, surrounding myself with them, and getting the job done.

I do feel however like we’re making some headway as an industry. I see more and more young women getting into this every year. I see it especially in my classroom- there are way more female students than there were a decade ago. I’m seeing more women being featured in audio publications, which is really important. I really do think that exposure is key. The issue is that it will take a shift in the way people think, which is tough. We have a long way to go.

The WIMN: How does the music scene in Phoenix influence your work at Fivethirteen?

It influences my work directly. Every aspect of it. Phoenix is not a record making destination, so our local scene is our only scene most of the time. It’s a young city and has yet to fully establish a national presence, so we struggle a lot with having to educate a lot of our clients indirectly, separate from the engineering process. It has to make sense to a band or musician why they need things like preproduction, proper drum tuning, or an ample amount of time to achieve their goals before they are willing to spend money on it. It’s kind of a matter of being a jack of all trades. It can be rewarding, but it’s a ton of work! Regardless of the state of the scene, it’s our lifeline, and we’re always focused on giving 100% of ourselves to it. Whether it’s in the studio or at a local show, we’re supporting. I’ve been here in Arizona all my life, so I’ve seen our local scene grow a ton and it’s only getting better.

Catherine: Do you have any advice for other woman looking to go into this field?

My best advice is just to do it. Focus solely on whatever goal or goals you have and go in full force. Surround yourself with people who are doing what you want to do, and learn as much as you can from them. Don’t be afraid to fail, because failing is probably the best thing that can happen. It’s the shortest path to figuring out what you want and finding your own way of getting there. Most importantly, surround yourself with kind people and kind environments. Be kind to yourself. Man or woman, my advice is the same.

You can learn more about Catherine’s work on FiveThirteen’s website. 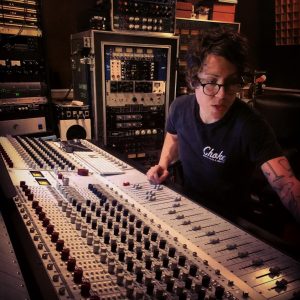 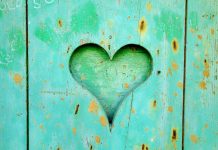 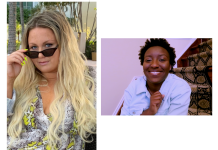