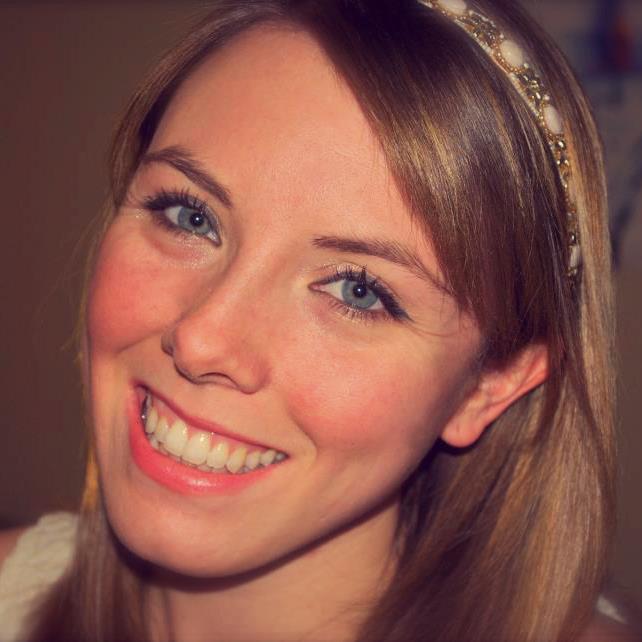 Whether you are just entering into a music career, or you have been writing and performing for years, having the right team working to promote your brand is essential. It can make the difference between playing in local venues for the door cover, or performing to sold out crowds on a nation wide tour. And in this high tech world of social media, your music has the potential of getting lost in the internet shuffle.

Unless you have someone like Ally Norton working with you.

Ally Norton is a Publicist for Shore Fire Media, an impeccable multimedia company that works with a diverse set of clients in all aspects of entertainment, both high profile and newcomers.  They specialize in PR expertise combined with up to date digital branding knowledge to help their clients “craft story lines that rise above the chatter.”

We reached out to Norton for this exclusive one on one interview.  She shares with us what inspired her to become a publicist, how she empowers others, and what makes Shore Fire Media stand out from other PR companies.

WiMN: What attracted you to the multimedia and entertainment industry?

AN: Music has always been a part of my life in some way, even before I started thinking seriously about my career. When I was 7, my best friend and I had a band called the Flower Power Girls. We didn’t make it big, so becoming a publicist was the next best thing! In all seriousness, I am most compelled by work that I love, and I love everything involved with being a music publicist. I’m lucky that I found the perfect fit!

AN: I don’t play any instruments but I am a singer. I’ve been singing in A Cappella groups since I was 14. I would say A Capella is my guilty pleasure but I don’t feel guilty about it at all!

WiMN: What is Shore Fire Media doing to reach female artists and musicians?

AN: Shore Fire is privileged to represent trailblazing artists like Kesha, St. Vincent, Esperanza Spalding, and Margo Price… as well as legends like Carole King and Judy Collins, to name a few. This year I’ve had the pleasure of representing some really amazing, talented women including: Lee Ann Womack, Overcoats, and Liza Anne. In the past I’ve worked with Nadya of Pussy Riot, Melissa Etheridge, Margaret Glaspy, Joseph, Paula Cole, and many others. I’ve also been lucky to work with many inspiring women behind the scenes, too; from managers to label representatives to agents.

“I think it’s so important to support not only women, but also trans and non-binary people. this business can be tough and we need to do everything we can to make sure that all artists, regardless of gender, race or orientation, are judged equally on the merit of their art.”

WiMN: What was your career prior to working in this industry? What made you make the switch, and how do you feel your previous experience has helped you with your career in multimedia and entertainment?

AN: My first full-time job out of college was at a music publicity firm, so in a way, this has been my entire career, which I am so grateful for. In college, I had a number of different PR internships, music and non-music related. I had a great summer internship at a healthcare PR agency in college where I learned a lot. Even though it was a different field than I ultimately chose, that job helped me hone my PR skills and I wouldn’t be where I am without that experience. Working as a waitress taught me many valuable lessons about working with people in high-pressure situations, and in a way that job really informed how I work as a publicist, too.

WiMN: What is your favorite aspect of being the Publicist for Shore Fire Media?

AN: Shore Fire is really collaborative and team-oriented, which I love. It’s nice to know my co-workers always have my back – and vice-versa!

WiMN: Tell us about one of the most exciting media campaigns you’ve worked on.

AN: This is a hard one for me to answer because I’m genuinely invested in all of the projects I work on, so they’re all exciting in different ways. One of the most unique campaigns that I’ve been involved with was Nadya of Pussy Riot’s 2016 xxx EP campaign. Each song on the EP had an accompanying video, and we rolled out the videos and announced and released the EP within a 5-day period. On top of that, this all took place the week before the 2016 election, and like all of Pussy Riot’s art, the music and videos were very politically charged. We had lots of impactful press run over the course of the week and the entire project felt exciting, innovative and meaningful. Nadya is a true artist and to this day I can’t believe I was afforded the opportunity to represent her art!

WiMN: What do you think is the biggest key to success in the field of multimedia?

AN: Always be honest with yourself. Embrace new challenges with open arms. Support people, art and causes that you believe in. Treat people with respect. Build earnest, meaningful relationships with others in your scene. And get a good night’s sleep whenever possible!

AN: As women, we face adversity every single day in this business, in ways we aren’t always conscious of. Having a strong sense of self helps, but sometimes it’s hard to feel strong and empowered in uncomfortable situations. When I’m having a really great day and feeling my most confident, I try and file those memories away to access during times when I’m feeling insecure. When confidence isn’t enough to overcome adversity, it’s important to have a support system of people who can empathize with what you’re going through and lift you up in spite of it.

AN: I used to DJ at my college radio station on the AM dial. One day, I played “Lust For Life” by Girls on my show, forgetting that there’s a very noticeable F-bomb right in the middle of the song. Needless to say my radio career didn’t last long!

WiMN: Lastly, do you have advice for young women who might be considering a career in the music and multimedia industry?

AN: If this is what you’re called to do, you owe it to yourself to do it. Don’t let doubt or fear get in the way of your potential!